What does Aodh mean?

[ 1 syll. ao-(d)(h), aod-h ] The baby boy name Aodh is pronounced as IY †. Aodh is used chiefly in the Irish and Scottish languages, and it is derived from Celtic origins. The name's meaning is fire, brightness, splendor. It is derived from the element 'aed' meaning fire. Áed (Celtic) is an original form of Aodh. The name was common in ancient times; it was borne by various figures from Irish mythology such as the Celtic god of sun and fire, as well as several high kings. It was commonly Anglicized as Hugh from the medieval period, and more recently as Eugene. The forms Egan and Iagan are double diminutives of Aodh, via the Gaelic Aogán and the earlier Aodhagán. The name Aine (Gaelic and Irish) is the female form of Aodh.

Aodh is rarely used as a baby name for boys. It is not listed in the top 1000 names. In 2018, out of the group of boy names directly linked to Aodh, Ayden was the most regularly used.

† English pronunciation for Aodh: IY as in "eat (IY.T)" 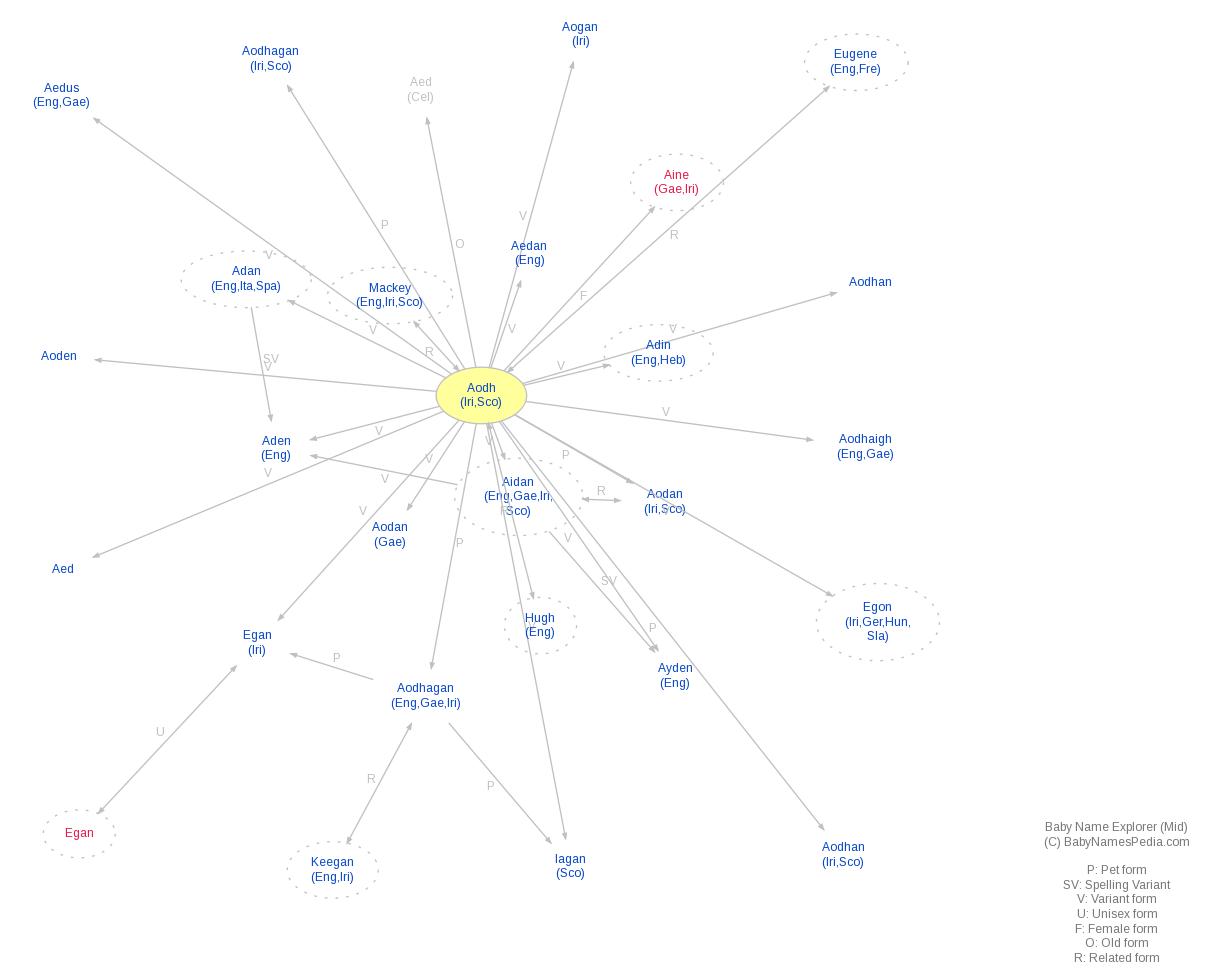