What does Aoife mean?

[ 2 syll. ao-(i)fe, aoi-fe ] The baby girl name Aoife is pronounced as IY-Fah †. Aoife's language of origin is Celtic, and it is predominantly used in English, Gaelic, and Irish. It is derived from the element aoibh which is of the meaning 'beauty'. Aoife was a warrior princess in Irish mythology who initially fought the Ulster hero Cochulainn but later became his lover. The name was also borne by a daughter of King Dermot of Leinster, who married Richard de Clare, the 2nd Earl of Pembroke and leader of the 1169 Norman invasion of Ireland. The name is often Anglicized as Eva or Eve due to the similarity in proununciation. Eva has thus been a popular name in Ireland, and many historial Eva's were actually named Aoife.

Aoife is not widely used as a baby name for girls. It is not listed within the top 1000 names. In 2018, among the group of girl names directly related to Aoife, Eva was the most regularly used. 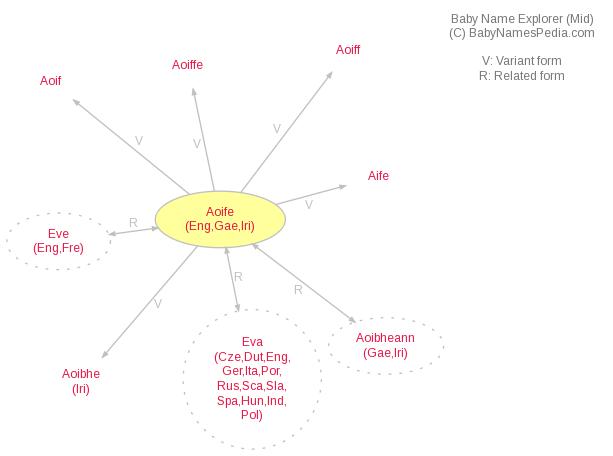