What does Aphrodite mean?

[ 4 syll. ap-hro-di-te, aph-rod-ite ] The baby girl name Aphrodite is pronounced ae-FRah-DAY-Tiy in English †. Aphrodite's origin is Old Greek, and its use, English, German, and Greek. The meaning of the name is 'risen from foam'. It is derived from aphros meaning 'foam' ; dity 'rise, dive'. The name is of obscure and probably Phoenician origin. In Greek mythology, Aphrodite was the goddess of love, lust, and beauty; her Roman equivalent was Venus. According to legend, she rose out of the sea foam near Paphos, Cyprus, as a daughter to Zeus. She later fell in love with the beautiful Adonis.

Aphrodite is unusual as a baby girl name. It is not ranked within the top 1000.

Baby names that sound like Aphrodite include the Indian Aparajita and the name Aphrodyte. 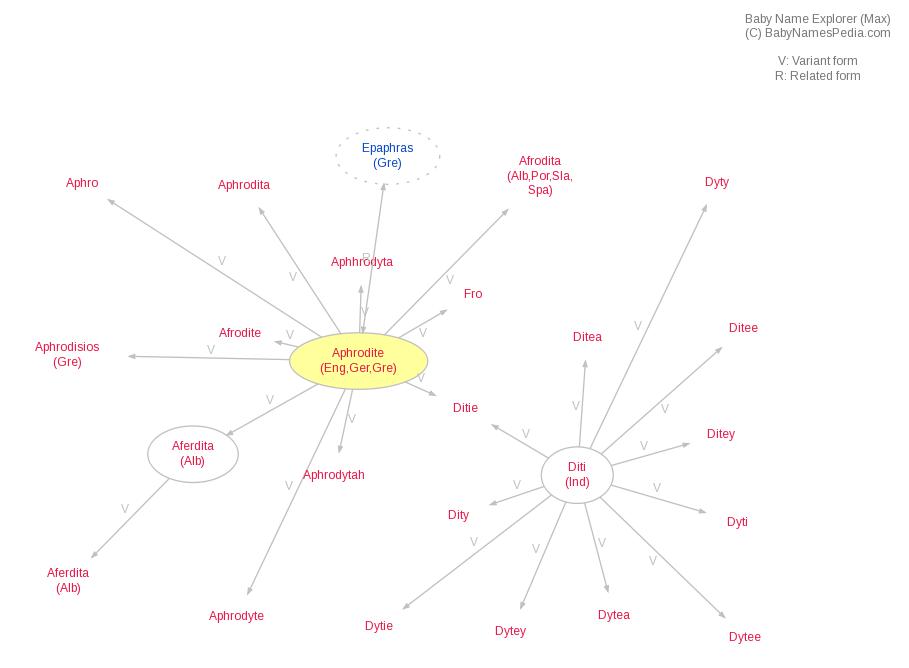