What does Aqila mean?

[ 2 syll. a-qi-la, aq-ila ] The baby girl name Aqila is pronounced as aa-K-L-aa- †. Aqila's language of origin is Arabic. It is predominantly used in Arabic and English. The name Aqila means 'wise, intelligent, logical'. The name is known from the dramedy movie Akeelah and the Bee (2006). Aqila is the feminine version of the Arabic Aqil.

Aqila is not commonly used as a baby girl name. It is not in the top 1000 names. 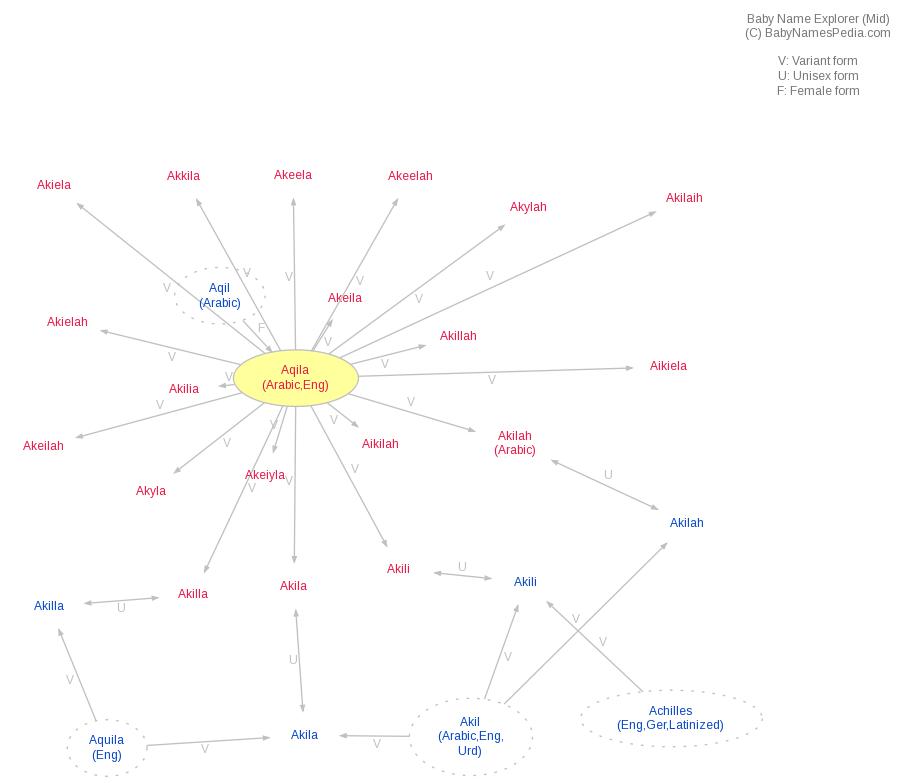