What does Araceli mean?

[ 4 syll. a-ra-ce-li, ar-ac-eli ] The baby girl name Araceli is pronounced aa-Raa-THEH-Liy (Spanish) or aa-Raa-SEH-Liy (Spanish-Latin American) †. Araceli's language of origin is Latin, and it is used mainly in the English and Spanish languages. The name's meaning is 'altar of the sky'. It is derived from ara meaning 'altar' ; coeli 'sky, heaven' ; caelum 'heaven'. The name is more common in Latin American and Mexico than in Spain.

Araceli is rare as a baby name for girls. At the modest peak of its usage in 2002, 0.029% of baby girls were given the name Araceli. It ranked at #487 then. The baby name has since fallen out of favor, and is of only sporadic use now. Out of all girl names in its group, Araceli was nonetheless the most frequently used in 2018. 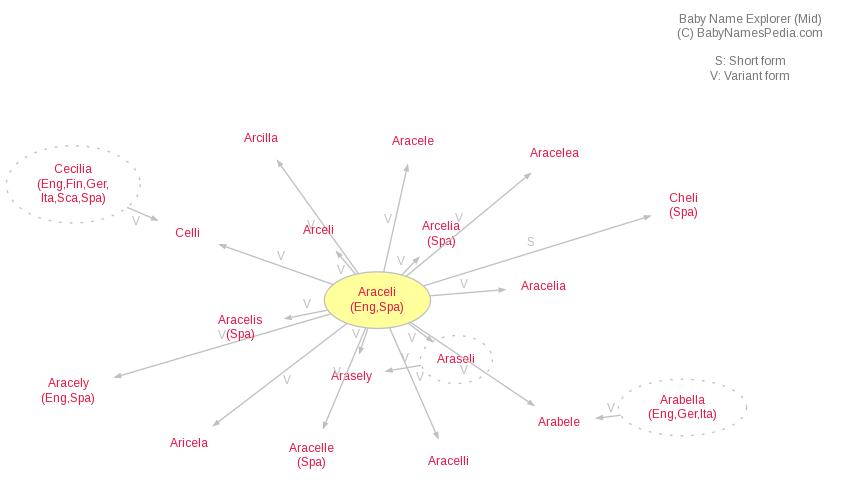