What does Aram mean?

[ syll. a-ram, ar-am ] The baby boy name Aram is also used as a girl name. It is pronounced as EHRAEM †.

Aram is used chiefly in the English and German languages, and its origin is Hebrew. A biblical name, it is derived literally from the word 'aram' meaning height, highland. In the Bible, Aram was the fifth son of Shem and thus a grandson of Noah.

Aram is largely used in the Armenian language and its origin is also Armenian. Here, it means excellence.

Aram's origin, as well as its use, is in the Kurdish language. Meaning: calm.

Aram is infrequently used as a baby name for boys. It is not listed in the top 1000 names. 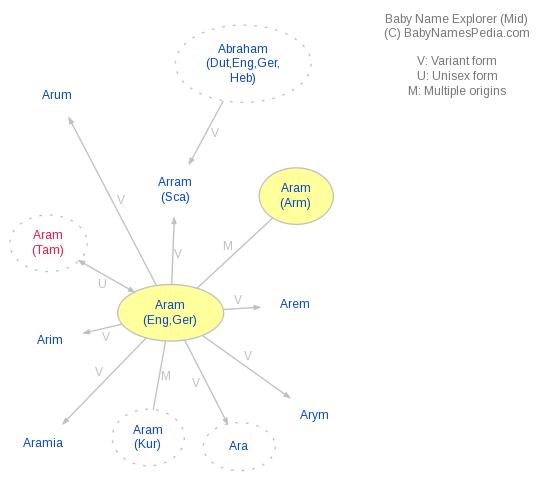