What does Aranka mean?

[ 3 syll. a-ran-ka, ar-a-nka ] The baby girl name Aranka is pronounced as aa-RAENKaa- or aa-RAENKer- †. Aranka is mainly used in Hungarian. Its language of origin is Hungarian and Latin. Hungarian origin: The name is derived as a diminutive of 'arany'.

In addition, Aranka is a familiar form of the English, German, Italian, Polish, and Romanian name Aurelia in the Hungarian language.

Variant forms share the origin and meaning of the name Aranka.

Aranka is uncommon as a baby girl name. It is not in the top 1000 names. In 2018, out of the family of girl names directly related to Aranka, Aurelia was the most widely used. 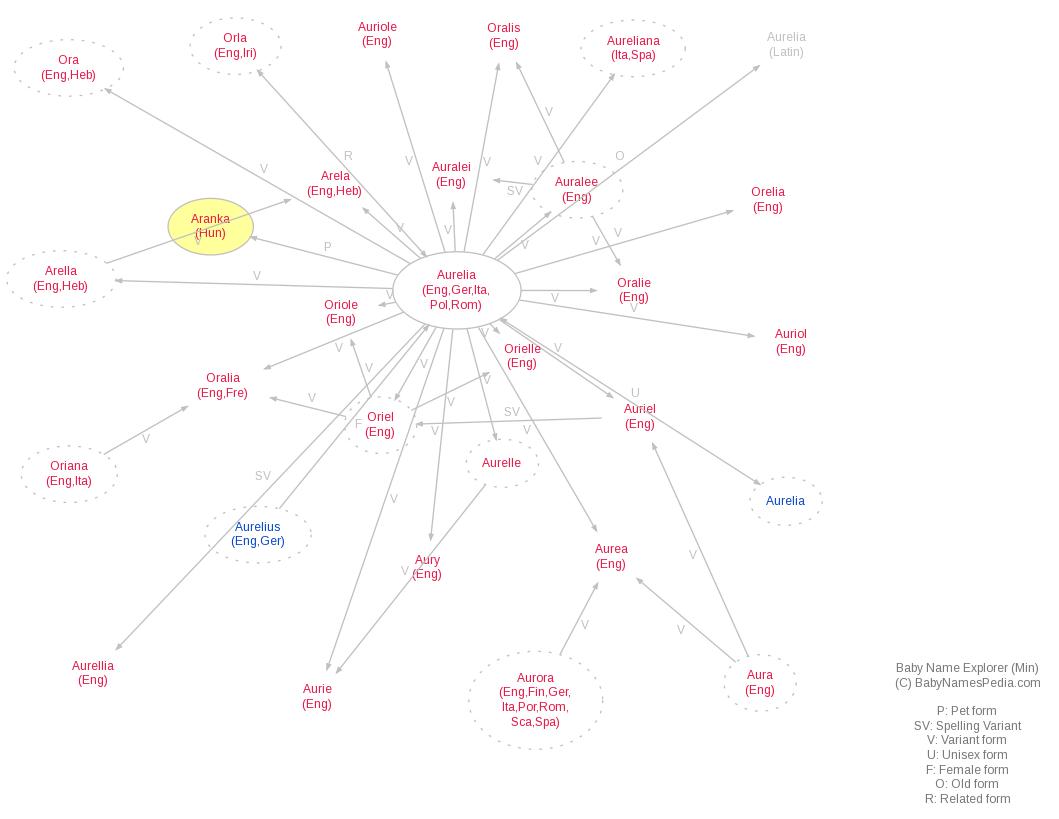