What does Archer mean?

[ 3 syll. ar-(c)her, arc-h-er ] The baby boy name Archer is pronounced as AARCHSHeher †. Archer is used mostly in English and it is of Old English origin. The meaning of Archer is a bowman or archer.

Other variants of the name include the German familiar form Archie and the contracted form Arch.

Archer is a popular baby boy name, and it is also regarded as trendy. The name has been rising in popularity since the 2000s; prior to that, it was of very modest use only. At the recent peak of its usage in 2018, 0.082% of baby boys were named Archer. It was #239 in rank then. Out of all boy names in its family, Archer was the most popular in 2018. Archer was used 8 times more than the next ranked name, Archie, in that year. 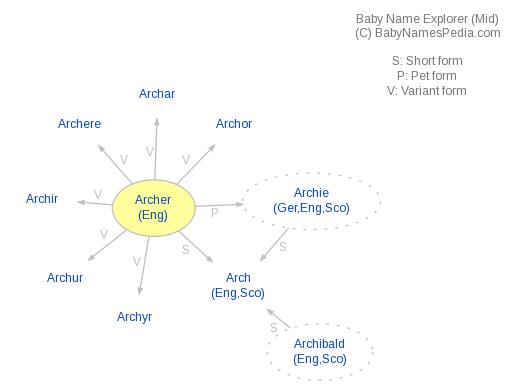