What does Archibald mean?

[ 3 syll. ar-(c)hi-bal(d), arc-hiba-ld ] The baby boy name Archibald is pronounced as AA-RK-ayBaa-L- †. Archibald is used predominantly in the English and Scottish languages. It is derived from Germanic origins. The meaning of the name is truly brave. It is a two-element name derived from the words 'erchan' + 'bald' meaning genuine + bold, brave respectively. Archambault (Old French) is an original form of Archibald. The name was common among the Normans; in the 12th century they introduced it into Scotland, where it became popular. It was often associated with the Campbell and Douglas clans; the former used it as an Anglicization of Gillespie or the Gaelic Gilleasbaig, meaning 'servant of the bishop'. The name was first brought to England in the 7th century by Erkenwald, a member of the East Anglian royal family who became Bishop of London. The name also spread from Scotland to England, especially when James VI of Scotland became the king of England and brought the jester Archie Armstrong with him to London. The name thereafter acquired a comic and aristocratic touch, recently reinforced by the fictional Archie Rice in the John Osborne play The Entertainer (1957) and the American comic book character Archie Andrews (1941-).

Archibald is unusual as a baby boy name. Its usage peaked modestly in 1903 with 0.018% of baby boys being given the name Archibald. It was #412 in rank then. The baby name has substantially fallen in popularity since then, and is currently of very light use. In 2018, among the family of boy names directly linked to Archibald, Archie was the most regularly used. 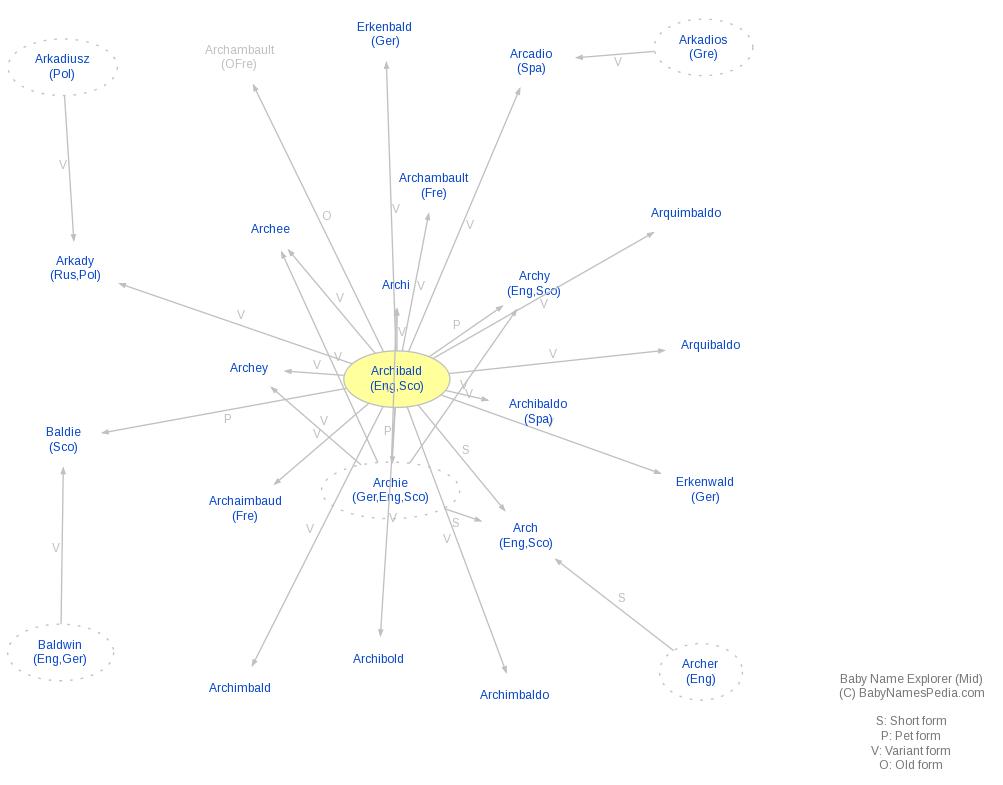