What does Ardelia mean?

[ 4 syll. ar-de-lia, ard-el-ia ] The baby girl name Ardelia is pronounced as aaRDEHLiyAH †. Ardelia's language of origin is Hebrew and it is used mainly in the English language. Ardelia is a variation of Ardith (English).

Ardelia is unusual as a baby girl name. Its usage peaked in 1908 with 0.006% of baby girls being given the name Ardelia. It had a ranking of #884 then. The baby name has experienced a drop in popularity since then, and is currently of only very modest use. Among all girl names in its family, Ardelia was nonetheless the most popular in 2018. 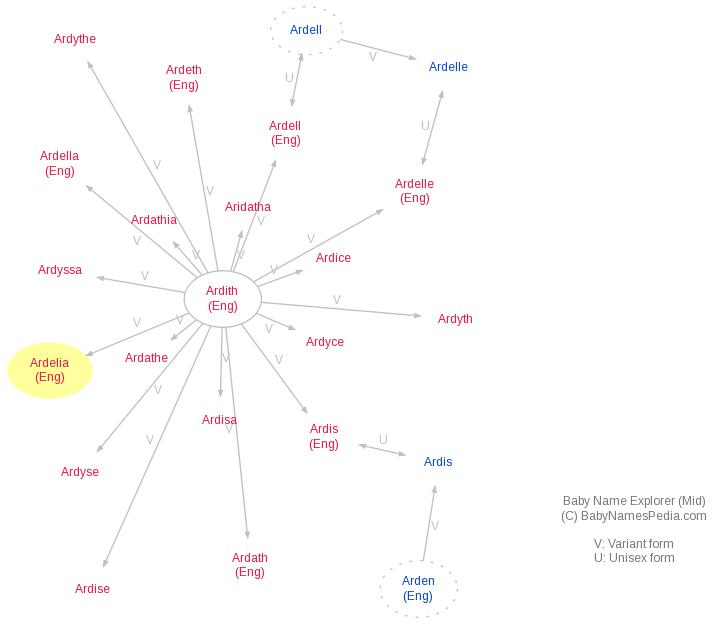