What does Arduino mean?

[ syll. ar-dui-no, ard-u-ino ] The baby boy name Arduino is pronounced as aaRDuwIYNow †. Arduino is used predominantly in Italian. Its origin is Latin and Germanic. From Germanic roots, its meaning is valuable friend.

Arduino is a variation of the name Arden (English).

Arduino is uncommon as a baby boy name. It is listed outside of the top 1000. 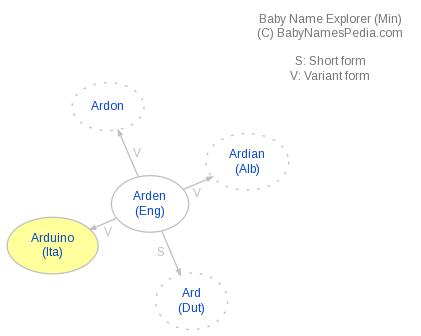