What does Ares mean?

[ 2 syll. a-res, ar-es ] The baby boy name Ares is pronounced in English as AER-iyZ or EHR-iyZ †. Ares' language of origin is Latin and Old Greek, and it is predominantly used in Greek.

Ares is a form of the English Aries.

Ares is also a form of the Greek Aris.

Ares is a fairly popular baby name for boys, and it is also regarded as trendy. The name has been growing in popularity since the 2010s; prior to that, it was of only irregular use. Its usage peaked modestly in 2018 with 0.025% of baby boys being named Ares. Its ranking then was #563. Among all boy names in its group, Ares was the most popular in 2018. Ares was twice as popular as the next ranked name, Aries, in that year. 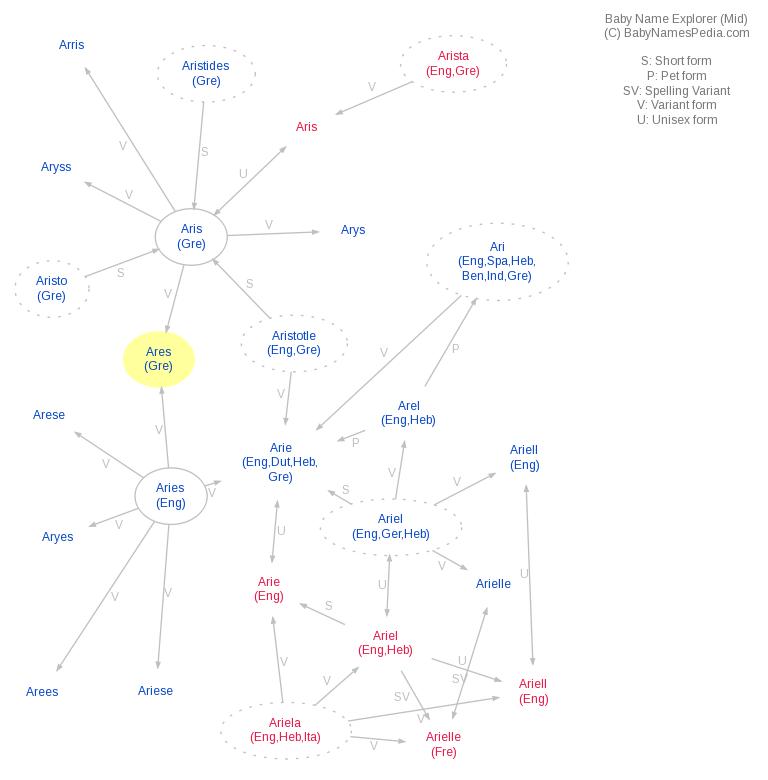