What does Ari mean?

Ari's origin and use are both in the Japanese language. The meaning of Ari is 'ant'.

Ari's origin and use are both in the Tagalog language. The meaning here is 'property'.

In addition, Ari is a Spanish contracted form of the English, German, and Greek Ariadne.

Ari is also an English form of Ariana.

Ari is also an Albanian and Kurdish familiar form of the Albanian Arjeta.

Ari is somewhat popular as a baby girl name. The name has been rising in popularity since the 2010s; prior to that, it was of only irregular use. At the modest peak of its usage in 2018, 0.021% of baby girls were named Ari. It was #719 in rank then. Out of all girl names in its family, Ari was the 2nd most popular after Ariana in 2018. It was 9 times more commonly used than Ari in that year. 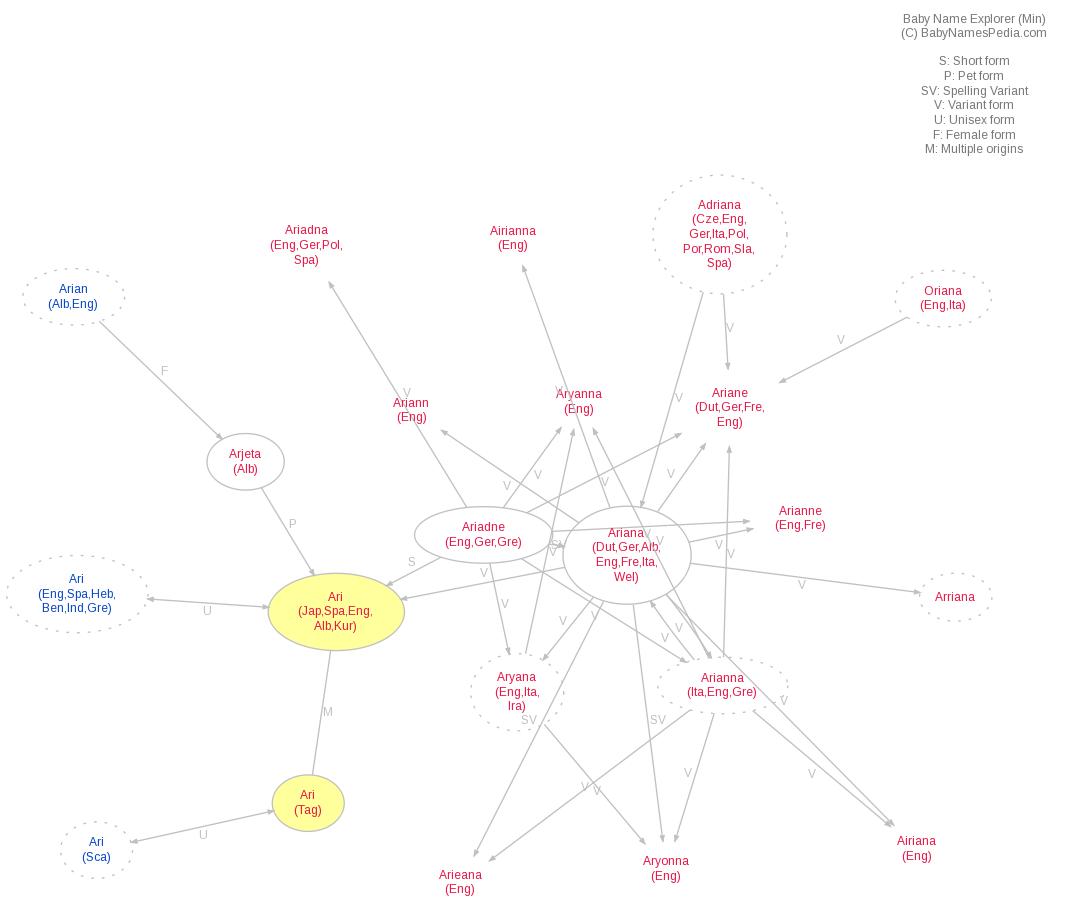