What does Arianne mean?

[ 3 syll. a-rian-ne, ar-ia-nne ] The baby girl name Arianne is also used as a boy name. It is pronounced aa-Riy-AEN †. Arianne has its origins in the Old Greek and Welsh languages. It is used largely in English and French.

Arianne is an English and French form of the English, German, and Greek Ariadne.

Arianne is also an English form of Ariana.

Arianne is not often used as a baby girl name. It is not in the top 1000 names. In 2018, out of the family of girl names directly related to Arianne, Ariana was the most widely used. 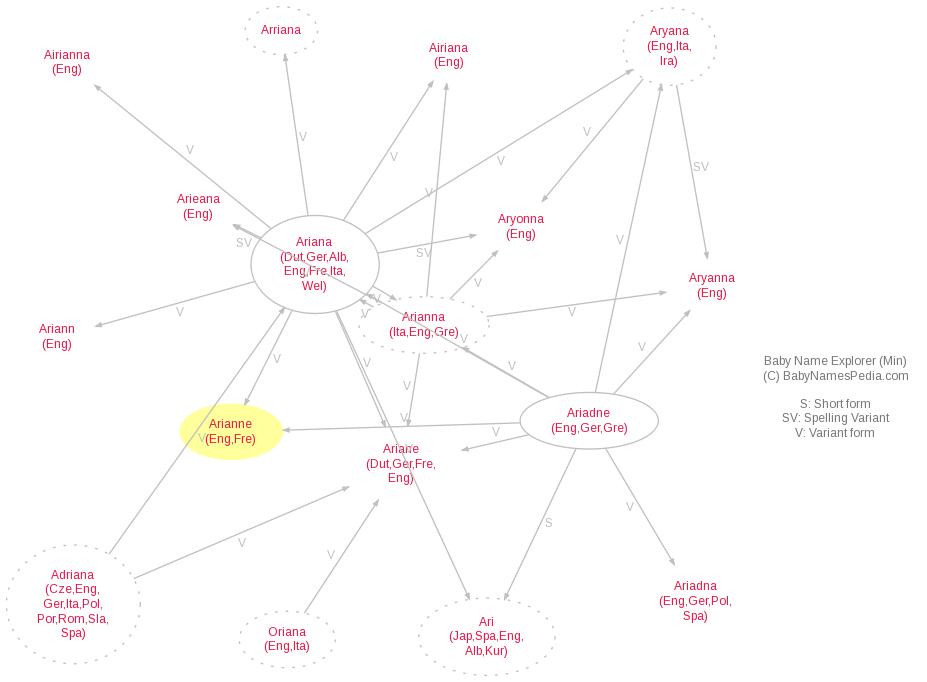