What does Ariel mean?

[ 3 syll. a-riel, ar-i-el ] The baby boy name Ariel is also used as a girl name, with the latter form being more common. Its pronunciation is AER-iy-ahL, EHR-iy-ahL or EY-Riy-ahL in English †. Ariel is used chiefly in the English, German, and Hebrew languages, and its origin is Hebrew. The name's meaning is lion of God. A biblical name, it is derived from the elements 'ariy' meaning lion ; 'el' God, powerful. In the Bible, Ariel was another name for the city of Jerusalem, its meaning symbolic of the city. It was also the name of Ezra's messenger who was tasked to find new servants for the temple in Jerusalem. According to the apocryphal bible, Ariel was the name of one of the archangels. Due to the biblical associations, the name was adopted by the Puritans after the Reformation. It is also known as the name of the mischievous wind spirit in Shakespeare's play The Tempest (1611). The name Ariela (English, Hebrew, and Italian) is the female form of Ariel.

What are the Variant Forms of Ariel? 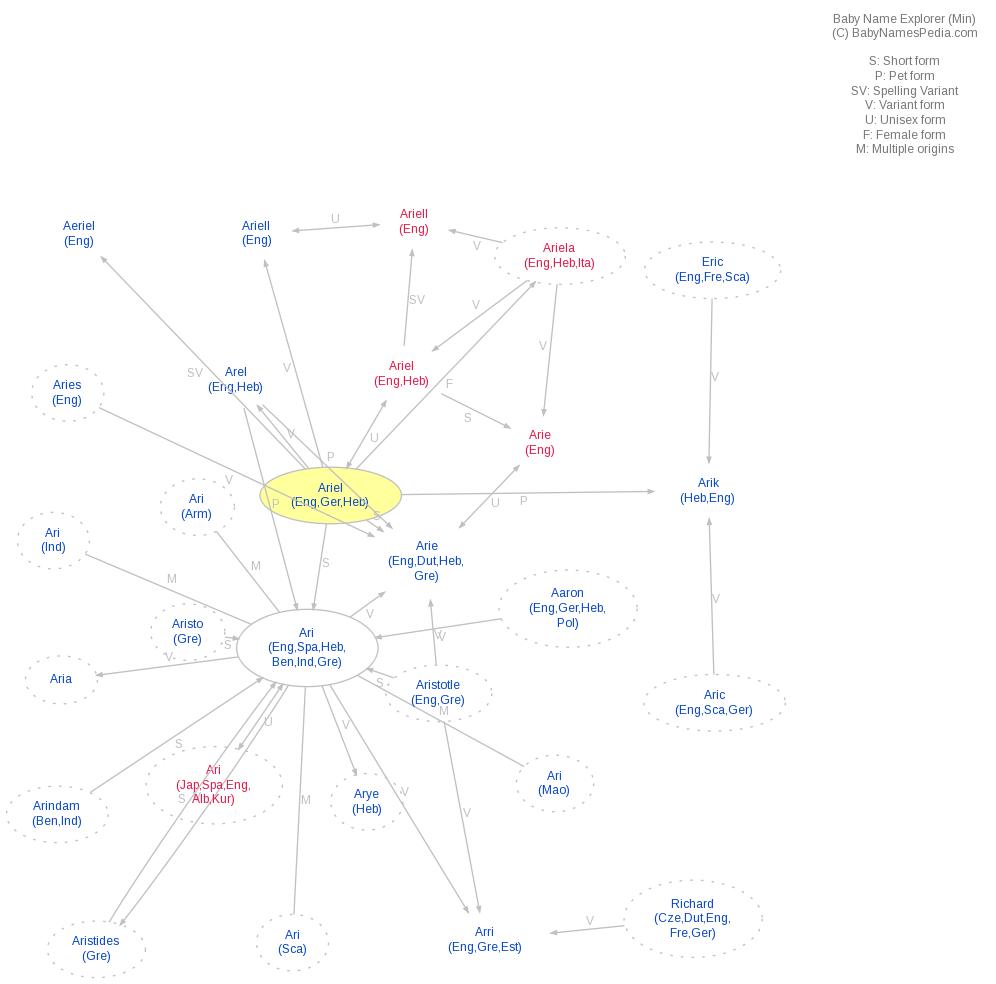