What does Ariela mean?

[ 4 syll. a-rie-la, ar-i-ela ] The baby girl name Ariela is also used as a boy name. It is pronounced as AAR-iy-ehL-aa- †. Ariela's language of origin is Hebrew. It is predominantly used in English, Hebrew, and Italian. The meaning of Ariela is 'lion of God'. It is a biblical name derived from ariy which means 'lion' ; el 'God, powerful'. The name has in recent times been popularized by the mermaid princess named Ariel in the Walt Disney cartoon The Little Mermaid (1989). Ariela is the feminine equivalent of the English, German, and Hebrew Ariel.

Another form of the name is the English, Hebrew, and Italian spelling variant Ariella.

Ariela is not commonly used as a baby girl name. It is not in the top 1000 names. In 2018, among the family of girl names directly related to Ariela, Ariel was the most regularly used. 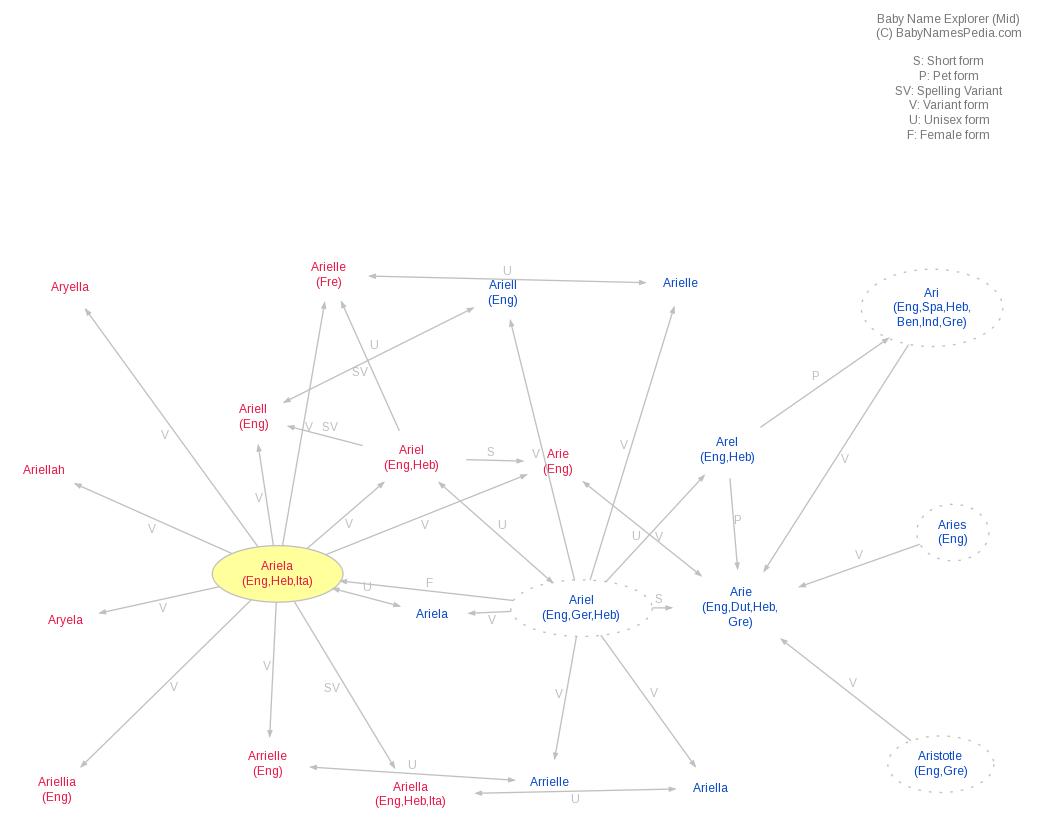