What does Ariella mean?

Ariella is popular as a baby girl name, and it is also regarded as trendy. The name has been rising in popularity since the 2000s; prior to that, it was of only very light use. At the modest peak of its usage in 2018, 0.063% of baby girls were named Ariella. It was #284 in rank then. Out of all girl names in its family, Ariella was the most frequently used in 2018. Ariella has in the last century been primarily given to baby girls. 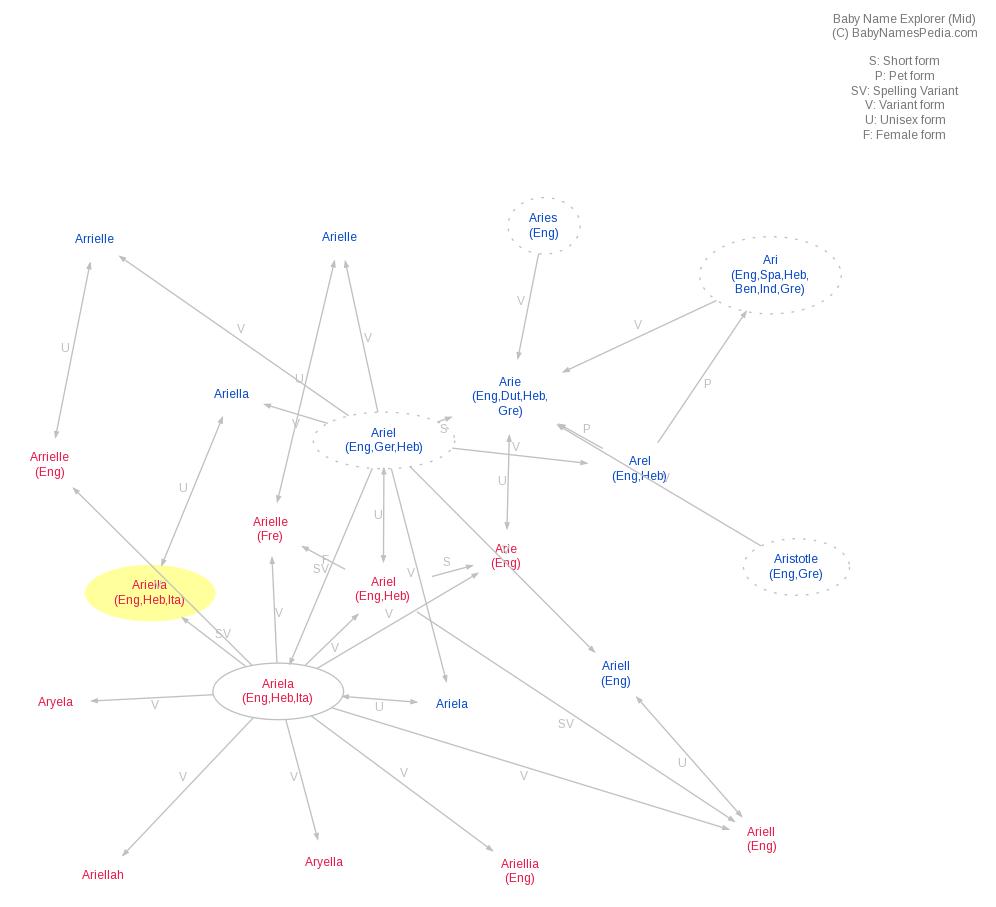