What does Aristides mean?

[ 4 syll. a-ris-ti-des, ar-istid-es ] The baby boy name Aristides is pronounced ahRIHS-TahD-iy-Z †. Aristides' language of origin is Hebrew and Old Greek, and it is predominantly used in Greek. From Old Greek roots, its meaning is 'excellent kind'. It is derived from aristos which means 'best, excellent' ; eidos 'kind, type'. An old form of the name is Aristeides (Old Greek). The name was borne by the 5th-century BC Aristides the Just, an Athenian statesman who was dedicated to serving the people of Athens. It was also borne by Saint Aristides, a 2nd-century Athenian Christian philosopher who presented the 'Apologia of Aristides' to the Emperor Hadrian; he is also credited for a sermon on Luke 23:43 in the Bible. In recent times, the name is known from the French socialist statesman and Nobel Peace Prize winner Aristide Briand (1862-1932).

In addition, Aristides is a form of the English, Spanish, Hebrew, Bengali, Indian, and Greek Ari.

Aristides is a seldom used baby name for boys. It is not in the top 1000 names. In 2018, out of the group of boy names directly related to Aristides, Ari was the most popular. 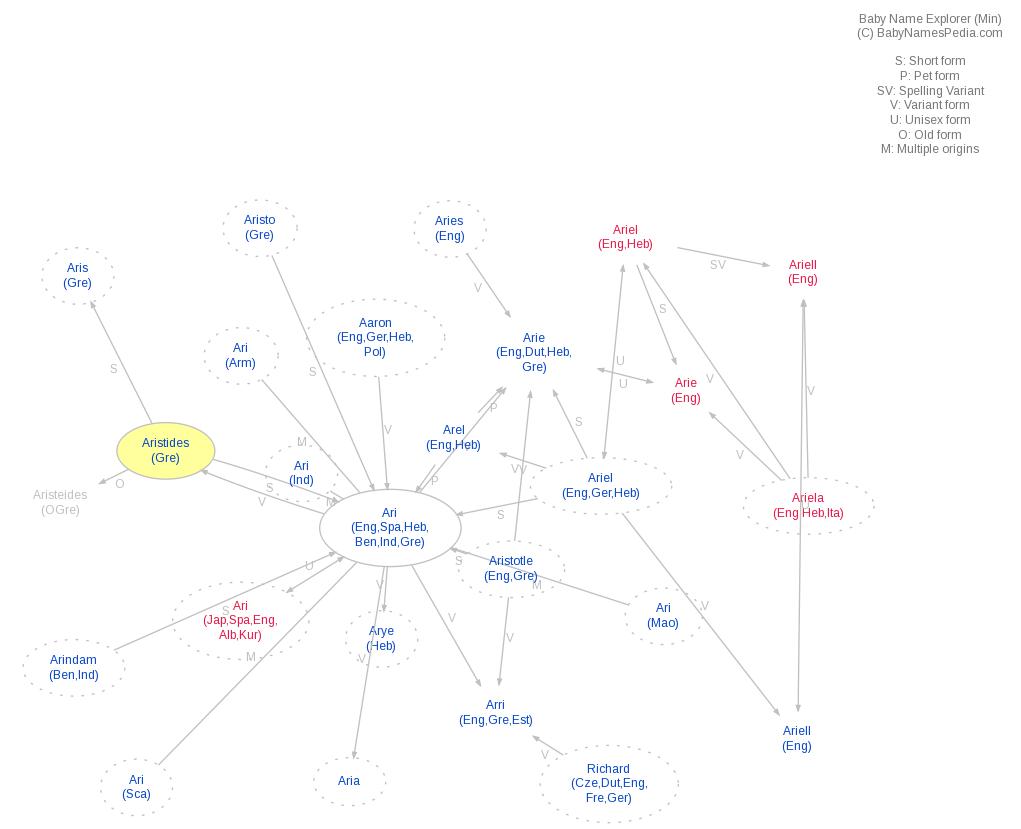