What does Aristotle mean?

[ 4 syll. a-ris-to-tle, ar-istot-le ] The baby boy name Aristotle is pronounced in English as AER-ah-STaa-TahL or EHR-ah-STaa-TahL †. Aristotle is of Old Greek origin, and it is used largely in the English and Greek languages. The name is of the meaning 'excellent purpose'. It is derived from aristos meaning 'best, excellent' ; telos 'purpose'. Aristoteles (Old Greek) is an original form of Aristotle. The name is famous from Aristotle (384BC-322BC), an influential Greek philosopher who contributed to many fields of Western thought, such as ethics, physics, metaphysics, poetry, music, and politics. He studied under Plato and taught Alexander the Great.

Aristotle is rarely used as a baby name for boys. It is not listed in the top 1000 names. In 2018, among the group of boy names directly linked to Aristotle, Ari was the most popular. 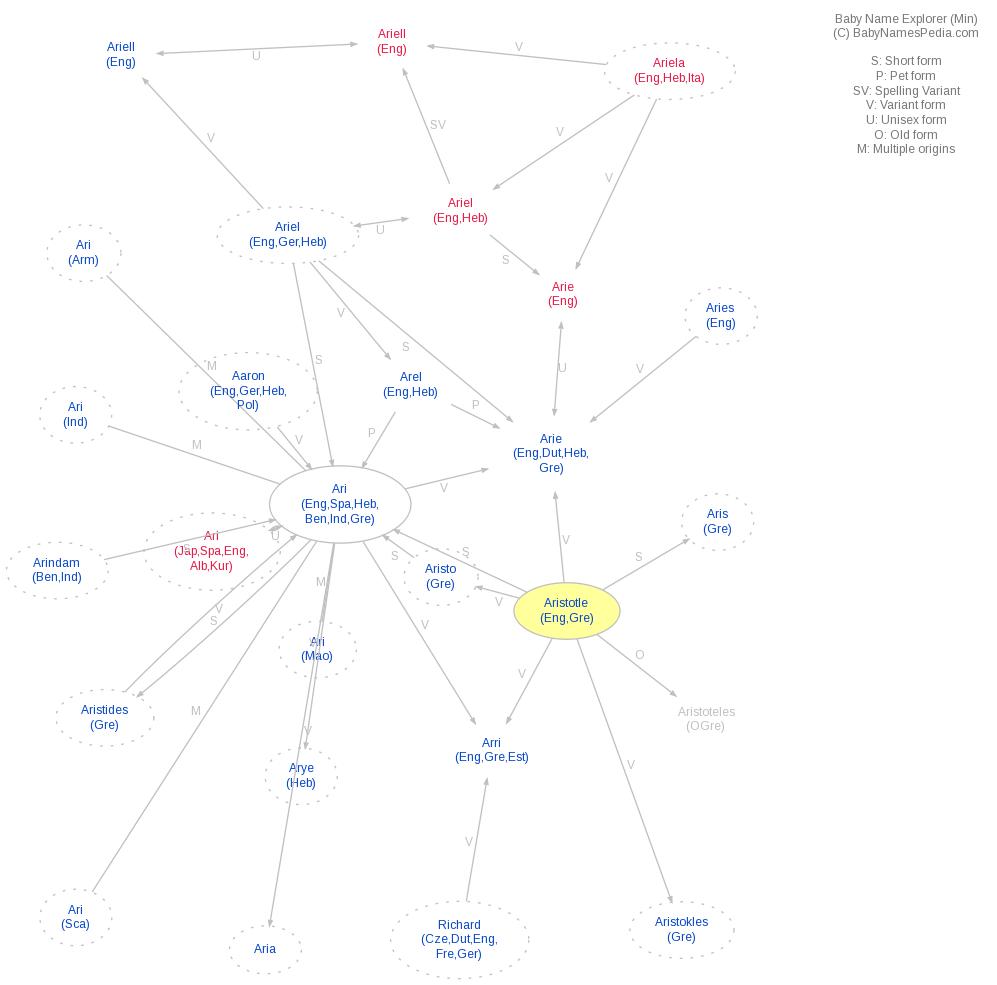