What does Arleen mean?

[ 2 syll. ar-lee(n), arl-e-en ] The baby girl name Arleen is pronounced as aaRLIYN †. Arleen's origin and use are both in the English language. Arleen is a spelling variant of the English name Arlene.

Arleen is rare as a baby name for girls. At the modest peak of its usage in 1939, 0.037% of baby girls were named Arleen. Its ranking then was #302. The baby name has since substantially slipped in popularity, and is today used on an infrequent scale. Out of all girl names in its group, Arleen was nevertheless the most popular in 2018. 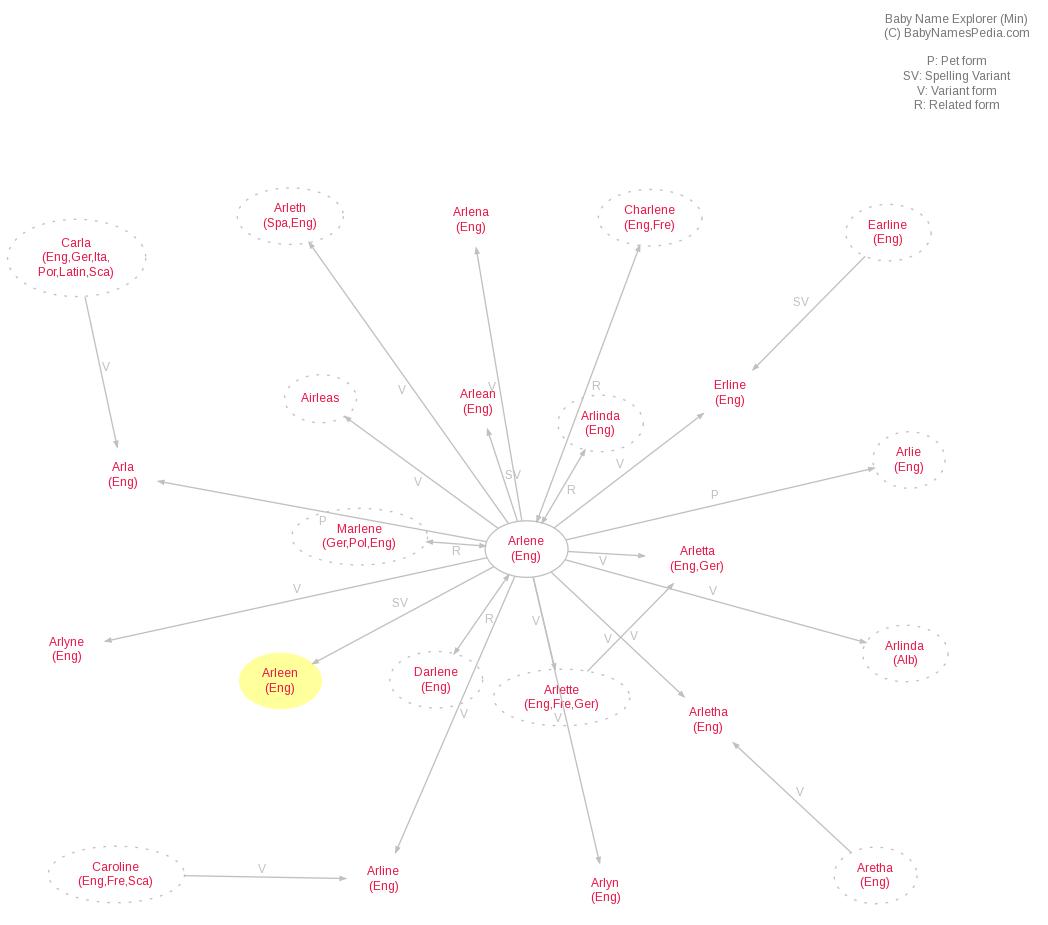