What does Arlena mean?

[ 3 syll. ar-le-na, arl-ena ] The baby girl name Arlena is pronounced as AARLihNAH †. Arlena has its origins in the English language and it is also used largely in English. Arlena is a variant transcription of Arlene (English).

Arlena is unusual as a baby girl name. Its usage peaked modestly in 1908 with 0.006% of baby girls being named Arlena. It was #832 in rank then. The baby name has experienced a decline in popularity since then, and is of only very light use now. Among all girl names in its family, Arlena was nevertheless the most regularly used in 2018. 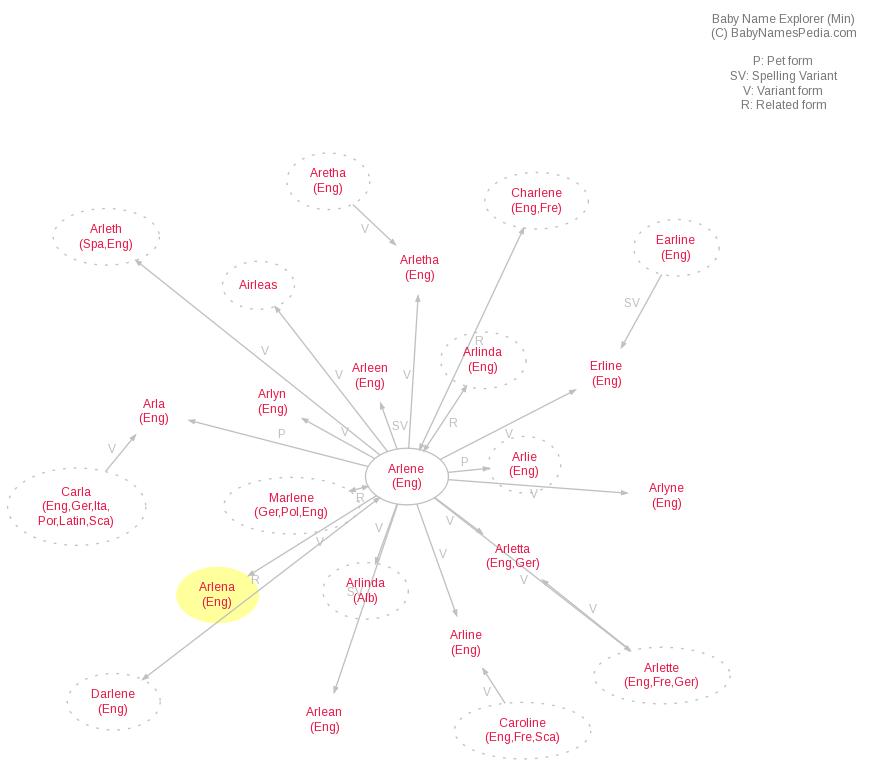