Arleyne is an unusual baby name for girls. It is ranked outside of the top 1000 names. 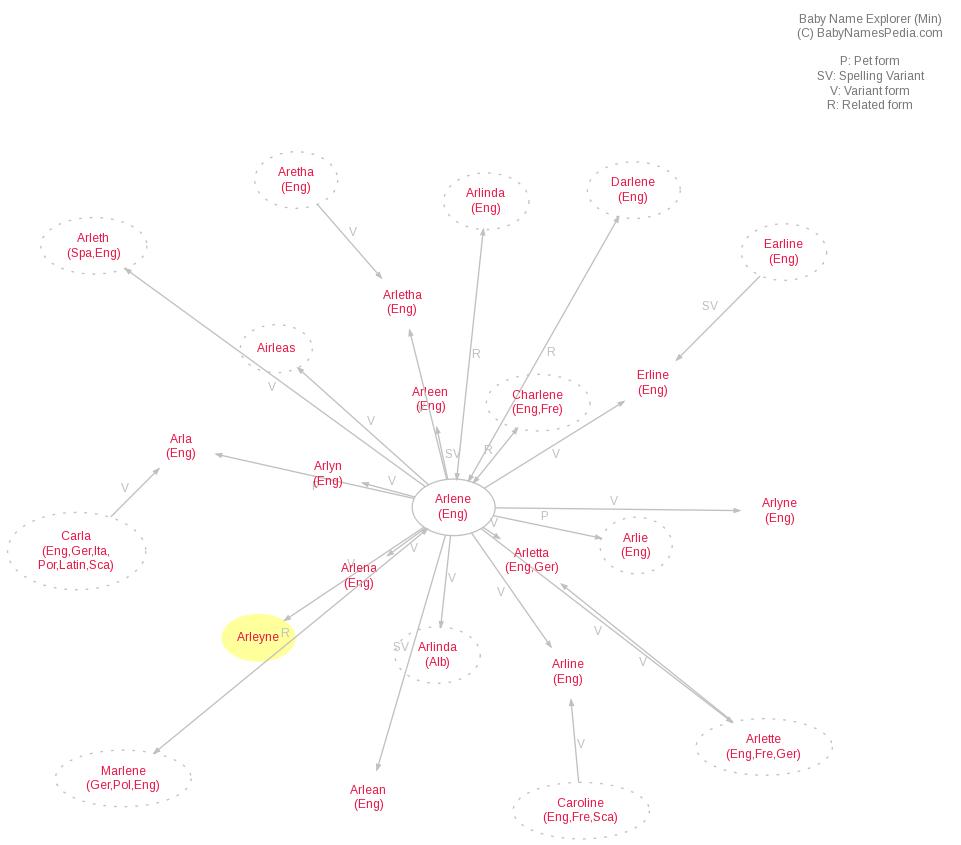