What does Arlie mean?

[ 2 syll. ar-lie, arl-ie ] The baby girl name Arlie is also used, and more commonly so, as a boy name. It is pronounced AARLiy- †. Arlie has its origins in the English and Old English languages. It is used largely in English. From Old English roots, its meaning is 'eagle wood'. It is from arn which means 'eagle' ; leah 'wood, clearing, meadow'. The first name is derived from the surname, which is itself from a place name.

In addition, Arlie is a familiar form of the English Arlene.

Arlie is rare as a baby girl name. At the modest peak of its usage in 1901, 0.009% of baby girls were named Arlie. It was #685 in rank then. The baby name has experienced a drop in frequency since then, and is used only on a very light scale today. Out of all girl names in its family, Arlie was nevertheless the most widely used in 2018. Arlie has primarily been a boy name in the last century. In 1922, 3 times more boys than girls were given the name Arlie. 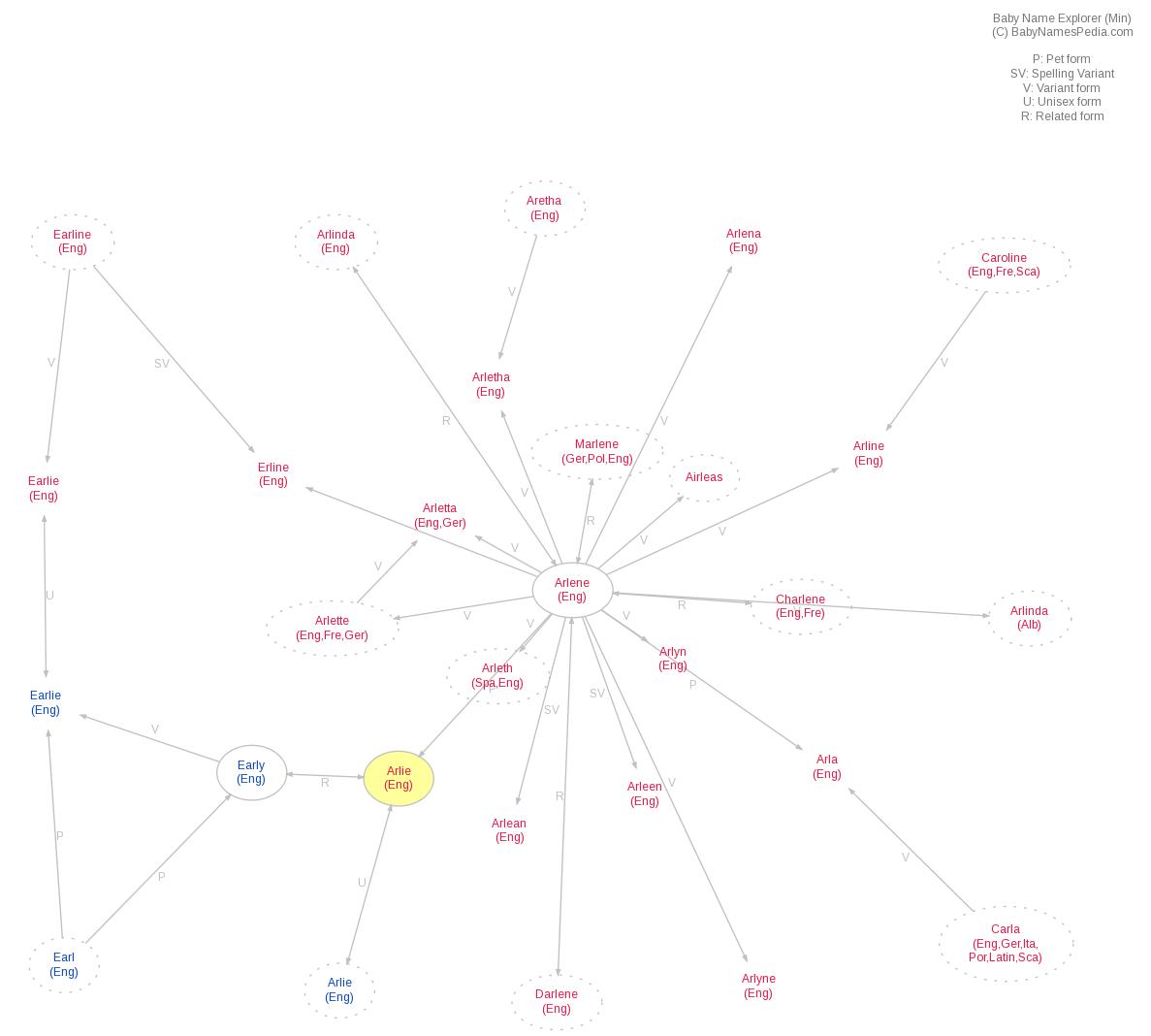