What does Arman mean?

[ 2 syll. ar-man, arm-an ] The baby boy name Arman is sometimes used as a girl name. It is pronounced as aaRMAE-N †. Arman is used chiefly in the Armenian, English, French, Russian, and Spanish languages, and its origin is Italian and Germanic.

Arman is a variant of the name Armand (Dutch, English, French, and German) in the Armenian, English, and French languages.

Arman is also a variant of the name Armani (English).

Arman is also a variant of the name Herman (English) in the English, Russian, and Spanish languages.

Arman is an unusual baby name for boys. Its usage peaked modestly in 1999 with 0.007% of baby boys being given the name Arman. Its ranking then was #980. The baby name has since fallen in popularity, and is today of very light use. In 2018, among the group of boy names directly linked to Arman, Armani was the most commonly used. In the past century Arman has predominantly been a baby boy name. 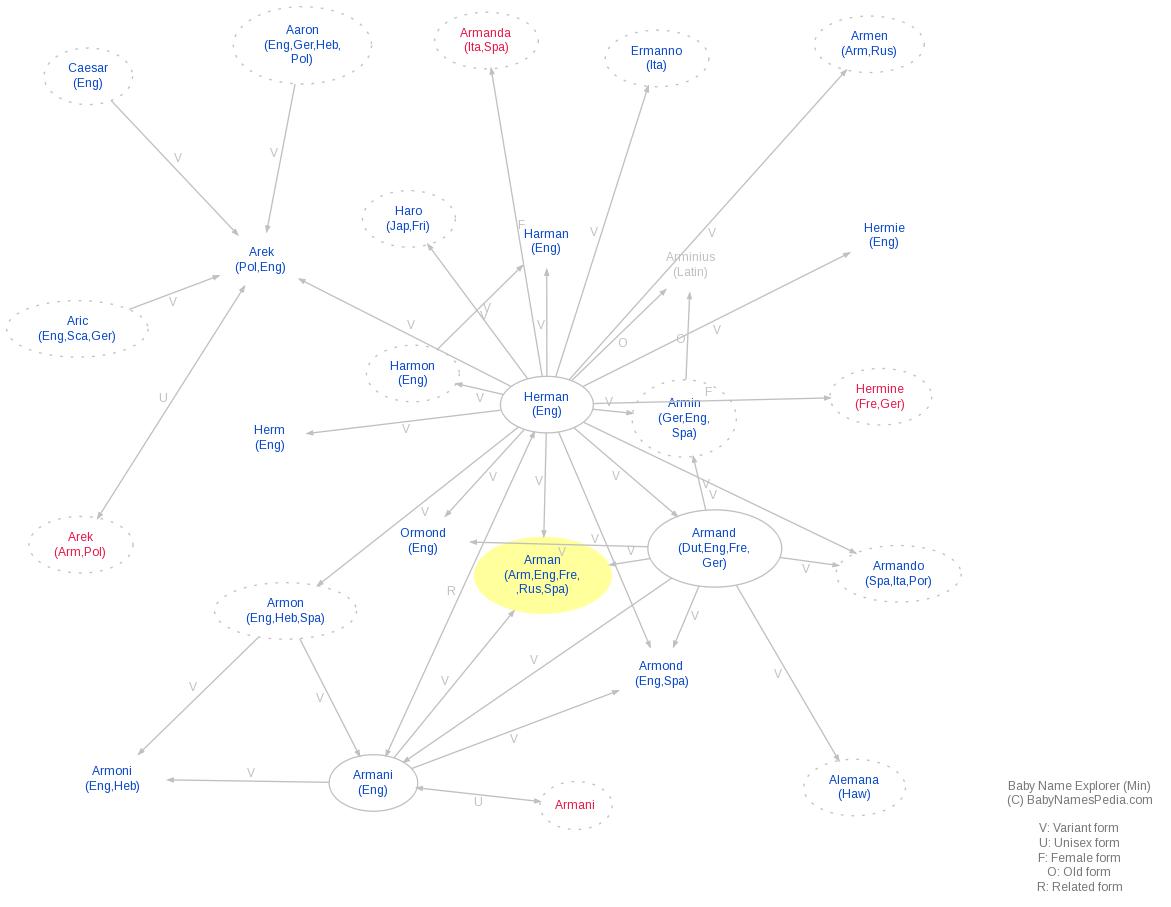