What does Armand mean?

[ 2 syll. ar-man(d), arm-a-nd ] The baby boy name Armand is pronounced as aa-RMOWN †. Armand is used predominantly in the Dutch, English, French, and German languages. It is derived from Germanic origins.

In addition, Armand is a variation (English, French, and German) of the name Herman (English).

Both the origin and meaning of Armand is inherited by all variant forms.

Armand is uncommon as a baby boy name. At the modest height of its usage in 1918, 0.034% of baby boys were given the name Armand. It had a ranking of #289 then. The baby name has fallen out of favor since then, and is currently of irregular use. Within the family of boy names directly linked to Armand, Armani was the most widely used in 2018. 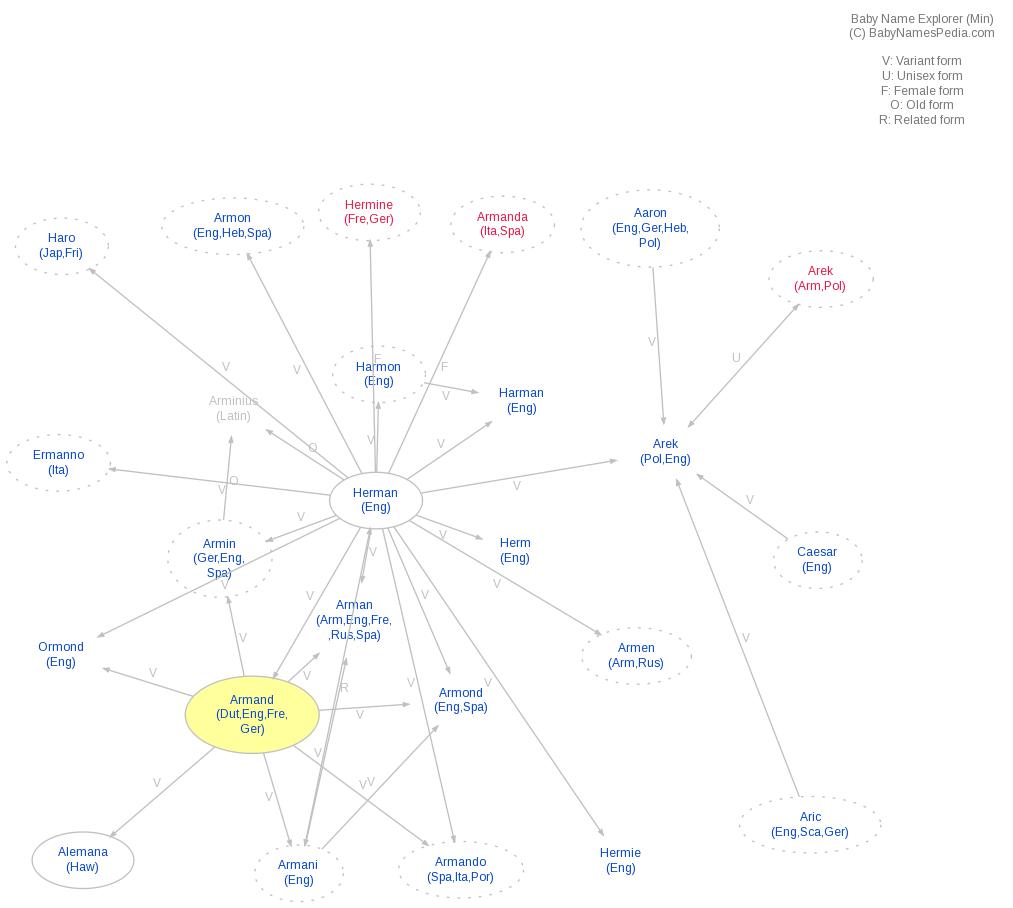