What does Armando mean?

[ 3 syll. ar-man-do, arm-a-ndo ] The baby boy name Armando is pronounced as aaR-MAAN-Dow (Italian, Spanish) †. Armando is used mostly in the Spanish, Italian, and Portuguese languages, and it is of Germanic origin.

Armando is a derivative (Spanish) of the Dutch, English, French, and German name Armand.

Armando is also a derivative (Italian, Portuguese, and Spanish) of the English name Herman.

The names Armondo and Mando are derivatives of Armando.

The origin and meaning of the name Armando is inherited by all variant forms.

See also the related form, the Italian and Spanish Armanda.

Armando is a classic favorite. Today it is still fairly popular as a baby name for boys, though it was in more widespread use before. The name rose in popularity from the 1900s up to the 1990s. At the modest peak of its usage in 1997, 0.076% of baby boys were given the name Armando. Its ranking then was #205. The baby name has since experienced a loss in popularity. In 2018, its usage was 0.032% and its ranking #474, but it was nonetheless the most regularly used out of all boy names in its group. 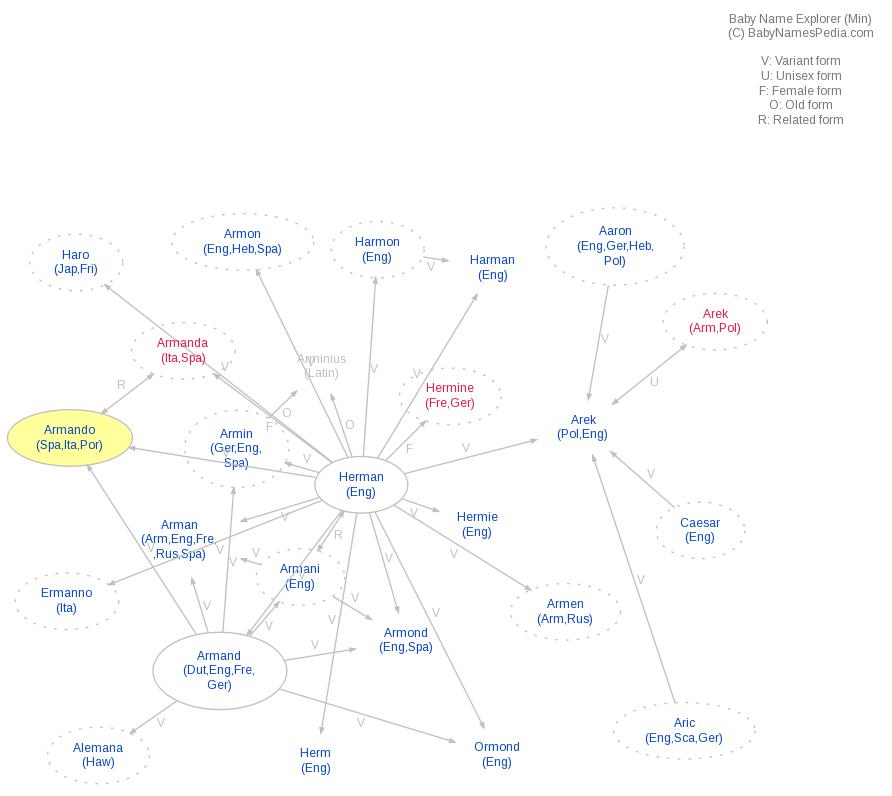