What does Armen mean?

[ 2 syll. ar-men, arm-en ] The baby boy name Armen is pronounced as AARMehN †. Armen is primarily used in Armenian and Russian, and its language of origin is Armenian, Germanic, and Hebrew. From Armenian roots, its meaning is the Armenian - in this context, Armen can be used in the Armenian language. Its meaning is from the element 'Armenia'. The first name is derived from the country name.

Armen is an Armenian form of the German, English, and Spanish name Armin.

Armen is also a form of the English, Hebrew, and Spanish name Armon.

Armen is also a Russian form of the English name Herman.

The names Armin and Armino are forms of Armen.

Armen is not widely used as a baby name for boys. It is not in the top 1000 names. 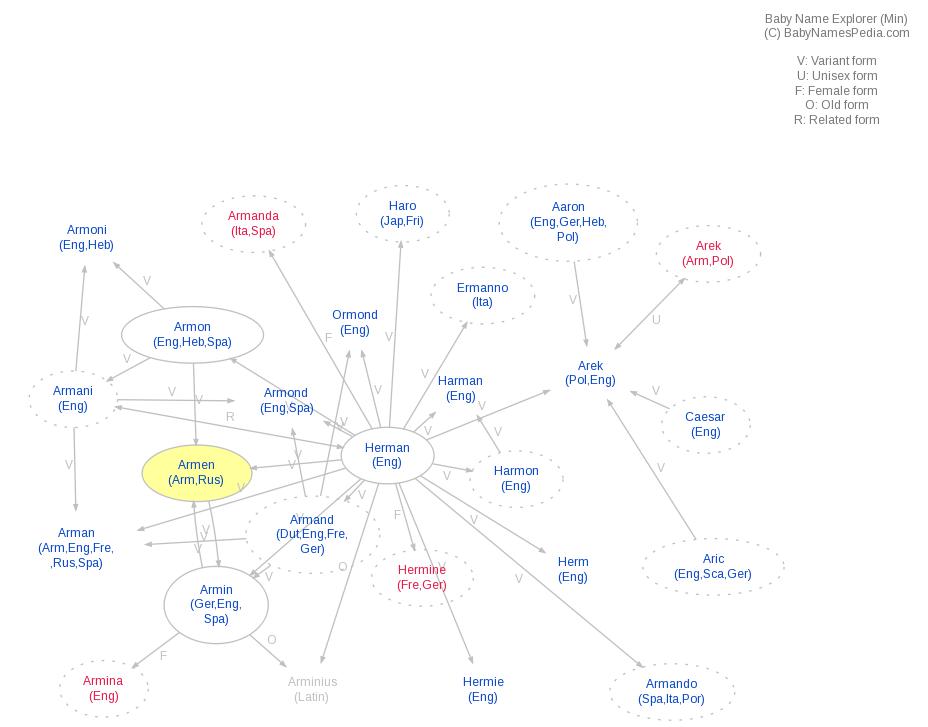