What does Armindo mean?

[ syll. ar-min-do, arm-i-ndo ] The baby boy name Armindo is pronounced as AARMAYNDow †. Armindo is derived from Germanic origins. Armindo is a form of the English name Herman.

Armindo is infrequently used as a baby name for boys. It is not ranked within the top 1000 names. 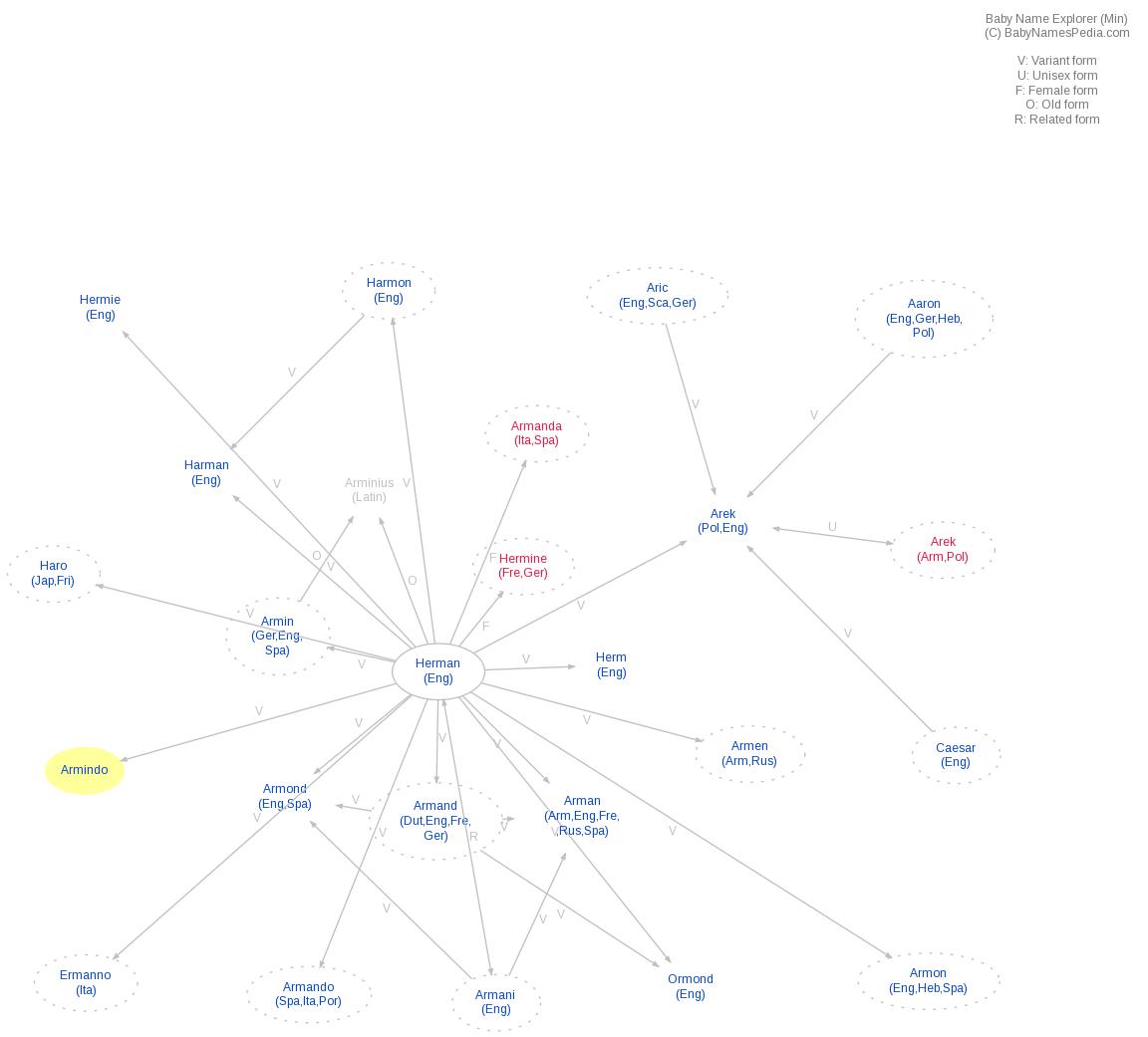