What does Armon mean?

[ 2 syll. ar-mon, arm-on ] The baby boy name Armon is pronounced aa-RMOWN †. Armon has its origins in the Hebrew and Germanic languages. It is used largely in the English, Hebrew, and Spanish languages. Hebrew origin, English and Hebrew use: It is a biblical name derived from the word armown meaning 'castle, palace'. In the Bible, Armoni was the first-named of the two sons of Saul and Rizpah.

In addition, Armon is a variation (English and Spanish) of Herman (English).

Armon is not frequently used as a baby boy name. It is not listed in the top 1000. In 2018, out of the family of boy names directly linked to Armon, Armani was the most widely used. 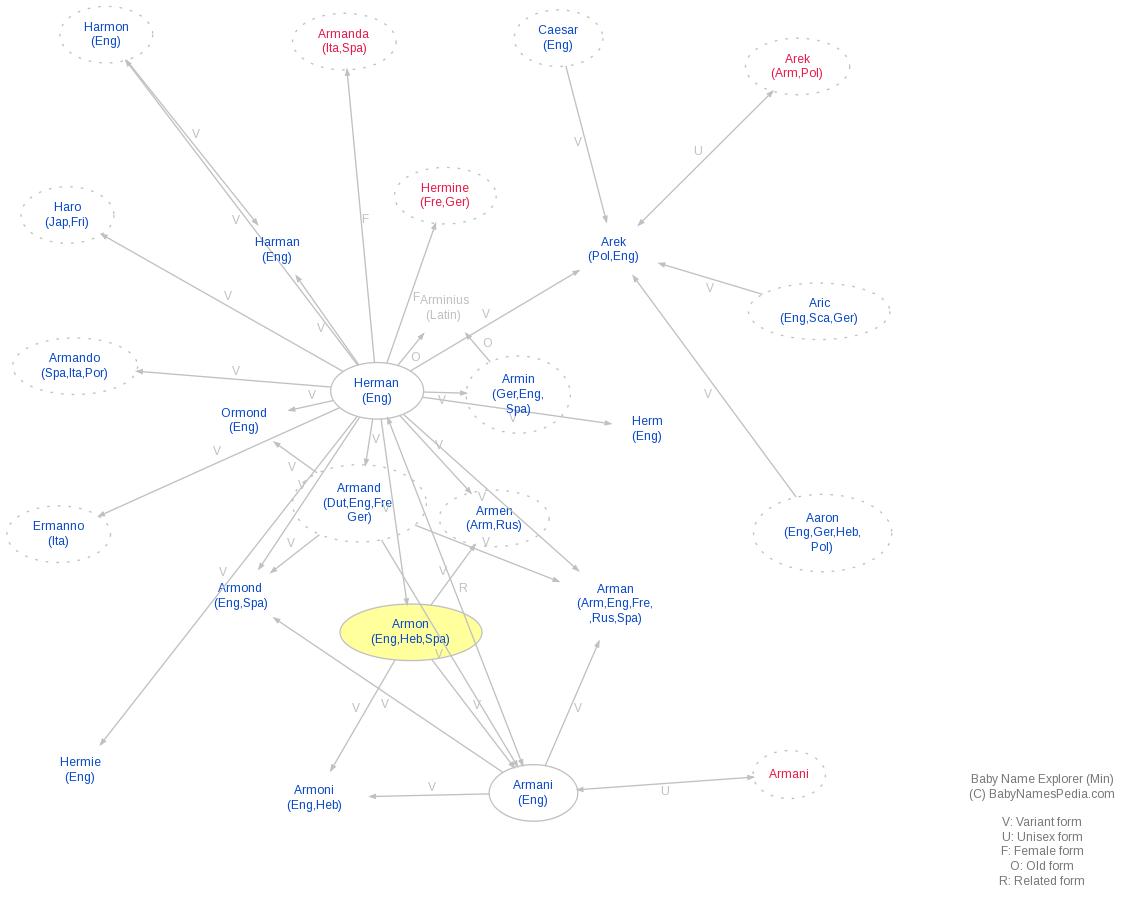