What does Armond mean?

[ 2 syll. ar-mon(d), arm-o-nd ] The baby boy name Armond is pronounced as AARMAHND †. Armond is mainly used in English and Spanish, and its language of origin is Italian and Germanic.

Armond is a variant form of the Dutch, English, French, and German name Armand.

Armond is also a variant form of the English name Armani.

Armond is also a variant form of the English name Herman in the English and Spanish languages.

Armond is uncommon as a baby name for boys. At the modest height of its usage in 1924, 0.006% of baby boys were named Armond. It ranked at #795 then. The baby name has since dropped in popularity, and is today used on an infrequent scale. In 2018, within the group of boy names directly related to Armond, Armani was the most popular.

Baby names that sound like Armond include Armonde (Spanish), Ormand, and Armante. 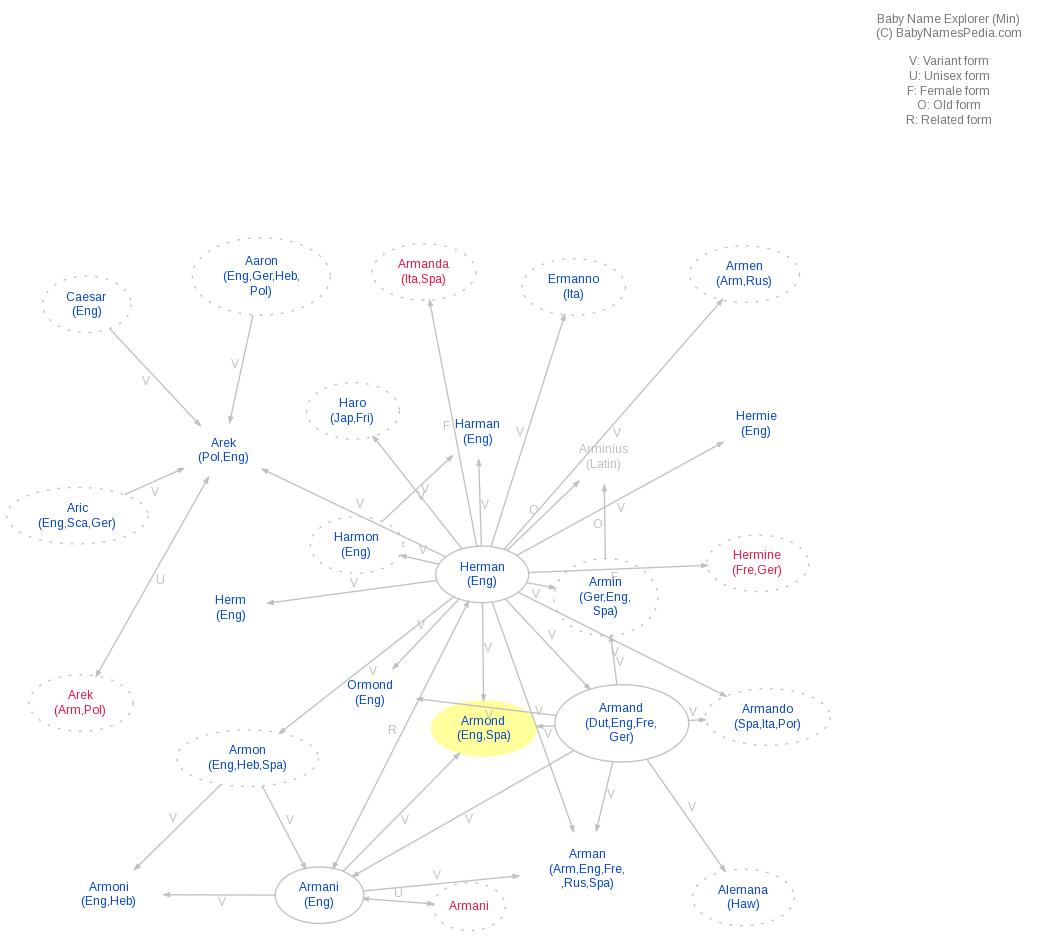