What does Arnd mean?

[ 2 syll. ar-(n)(d), arn-d ] The baby boy name Arnd is pronounced as aa-erNT †. Arnd's language of origin is Germanic and it is used largely in the German language. Arnd is a short form of Arnold (Dutch, English, and German). 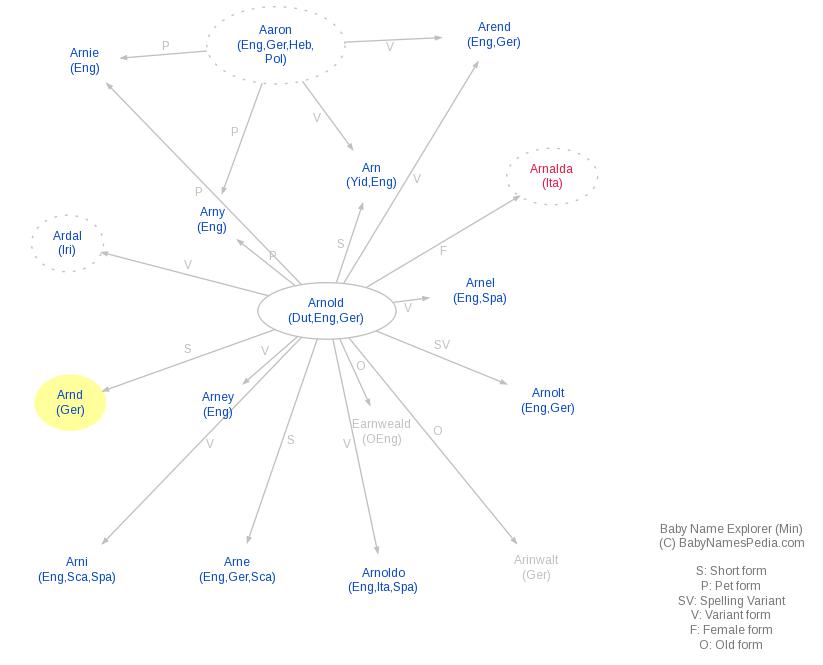