What does Art mean?

[ 1 syll. ar(t), art- ] The baby boy name Art is pronounced as aaRT †. Art is mainly used in English, Gaelic, Irish, and Scottish, and it is of Celtic and Old Greek origin. The name is generally taken as the short form of Arthur today, although there was originally a Gaelic name derived directly from the element 'art' and Anglicized as Arthur. The name has acquired musical associations from notable bearers such as the jazz pianist Art Tatum (1909-1956), the jazz saxophonist Art Pepper (1925-1982), and the US pop singer Art Garfunkel (1941-).

In addition, Art is a shortening of the English name Artemas.

Art is also a shortening of the English and German name Arthur in the English, Gaelic, Irish, and Scottish languages.

Art is also a shortening of the English, Italian, and Spanish name Arturo.

The name Arte is a variant form of Art.

Variant forms share both the origin and meaning of the name Art.

Another variant of the name is the English, Irish, and Scottish pet form Artan.

Art is uncommon as a baby name for boys. In 1900, 0.011% of baby boys were named Art. Its ranking then was #581. The baby name has since substantially dropped in popularity, and is today used on an infrequent scale. In 2018, within the group of boy names directly related to Art, Arthur was the most popular. 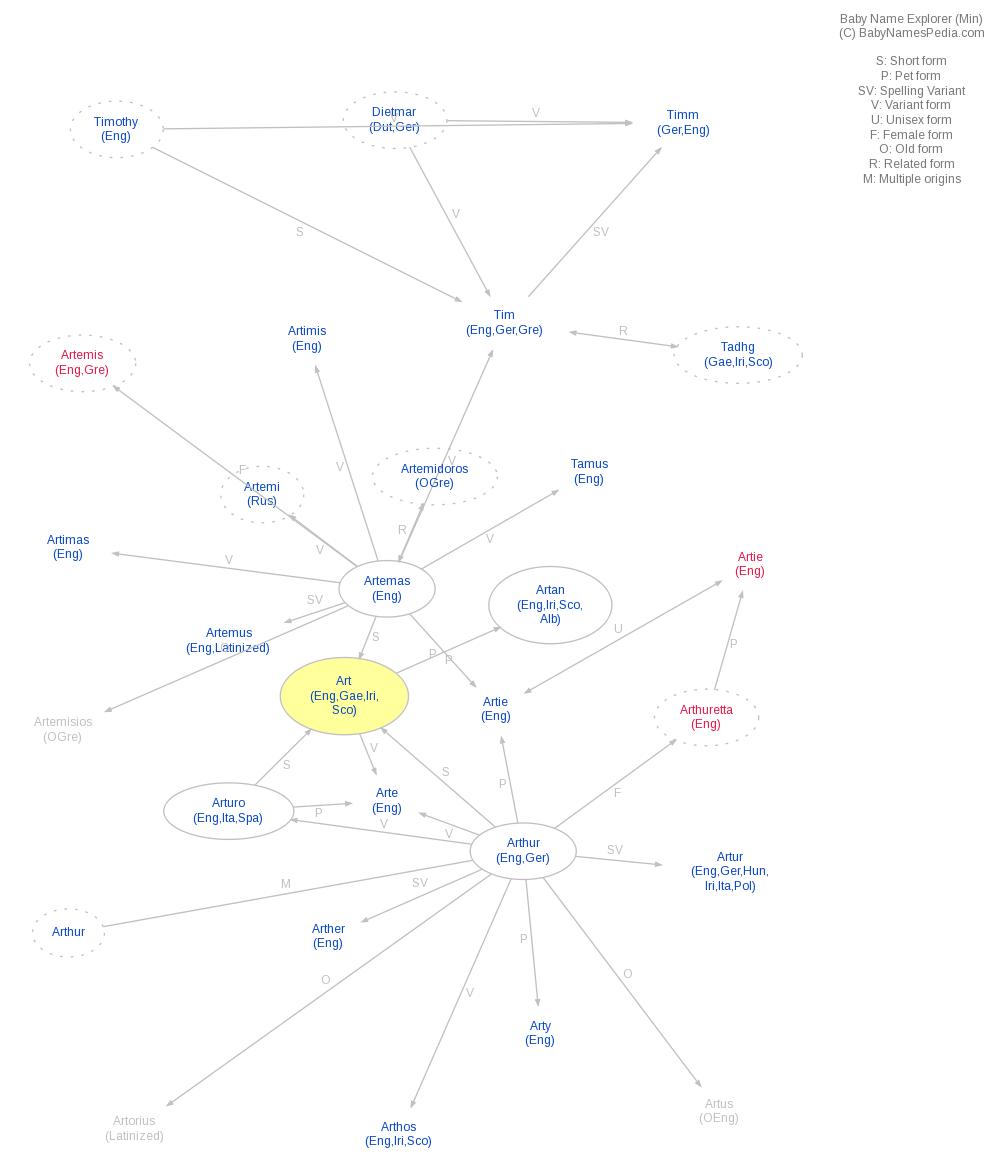