What does Arvid mean?

[ 2 syll. ar-vid, arv-id ] The baby boy name Arvid is pronounced AA-RVahD †. Arvid's language of origin is Old Norse. It is predominantly used in German and Scandinavian. The name Arvid means 'eagle tree'. It is a two-element name derived from arn and vidhr which are of the meanings 'eagle' and 'tree, wood' respectively.

Arvid is a rare baby boy name. At the modest peak of its usage in 1916, 0.011% of baby boys were named Arvid. It had a ranking of #576 then. The baby name has fallen from favor since then, and is of only sporadic use now. Out of all boy names in its family, Arvid was nevertheless the most widely used in 2018. 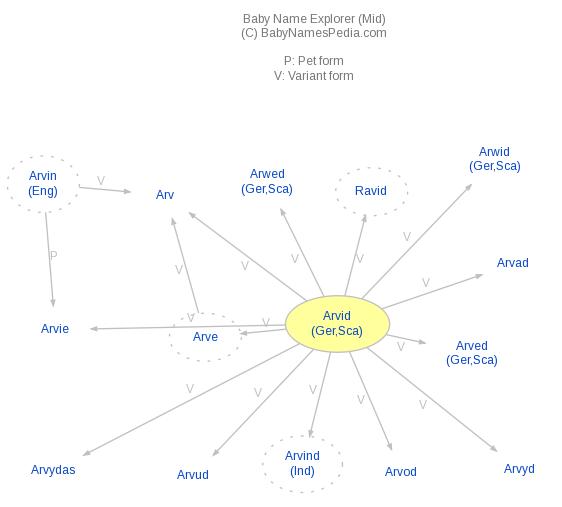