What does Arvin mean?

[ 2 syll. ar-vin, arv-in ] The baby boy name Arvin is pronounced as AARVihN †. Arvin is mainly used in English and it is of Old English origin. The name Arvin means friend of the people. An original form of the name is Arvid (Old English).

Arvin is unusual as a baby boy name. Its usage peaked in 1937 with 0.008% of baby boys being named Arvin. It had a ranking of #648 then. The baby name has experienced a fall in frequency since then, and is today used on a very modest scale. Among all boy names in its family, Arvin was nevertheless the most regularly used in 2018. 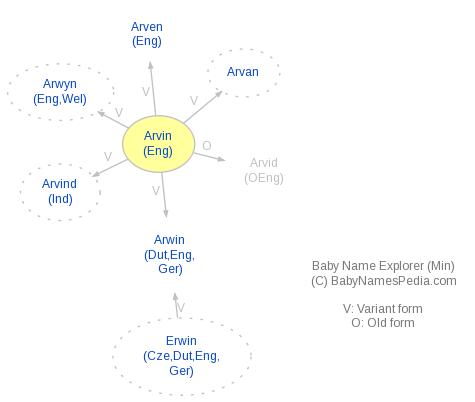