What does Asher mean?

[ 2 syll. as-her, ash-er ] The baby boy name Asher is also used as a girl name, but it is much more common for boys. Its pronunciation is AE-SHahR (English) †. Asher is used predominantly in the English and Hebrew languages, and its origin is Hebrew and Old English. Hebrew origin: A biblical name, it is derived literally from the word 'asher' which means happy, blessed. In the Bible, Asher was a son of Jacob and Leah's handmaid Zilpha, and the ancestor of one of the twelve tribes of Israel. Jacob's wife Leah said of the birth, 'Happy am I, for the daughters will call me blessed; and she called his name Asher', thereby lending the traditional meaning to the name. The biblical connection led to an adoption, albeit limited, of the name by the Puritans in the 17th century. See Asher for more information.

In addition, Asher is a pet form of the name Ashley (English).

Anshel (English and Yiddish pet form) is another variant of Asher.

Asher is very popular as a baby name for boys, and it is also viewed as trendy. The name's popularity has been rising since the 1990s. At the modest peak of its usage in 2018, 0.353% of baby boys were given the name Asher. Its ranking then was #47. Out of all boy names in its group, Asher was the most popular in 2018. Asher has predominantly been a baby boy name in the past century. 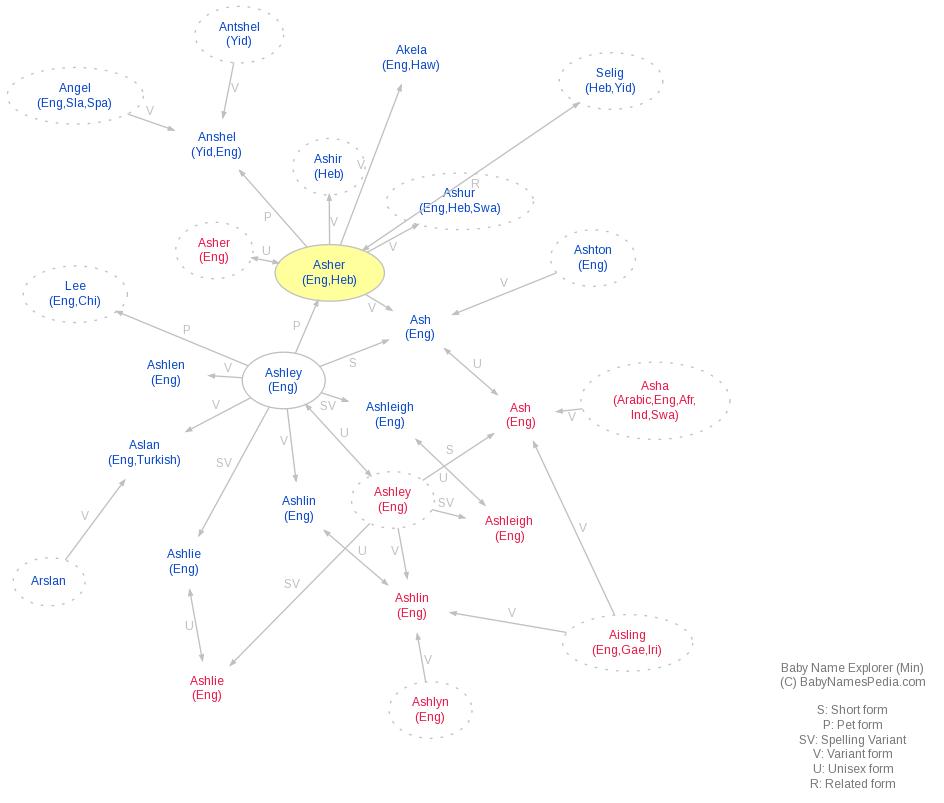