What does Asia mean?

[ 2 syll. a-sia, as-ia ] The baby girl name Asia is pronounced EY-Z-aa †. Asia's origin is Arabic, English, and Hebrew, and its use, English and Polish. English origin, English use: It is from Asia ; asu meaning 'to rise, east'. The first name is derived from the name of the continent, which could be itself from the Assyrian asu (meaning 'to rise, east'), in reference to the rising of the sun in the east. In Greek mythology, the name was borne a Nereid or sea nymph, and by a daughter of Oceanus and Tethys.

In addition, Asia is a variant form of the African, Arabic, English, and Swahili Aisha in the English language.

Asia is uncommon as a baby name for girls. At the modest height of its usage in 1997, 0.080% of baby girls were named Asia. Its ranking then was #195. The baby name has since fallen out of favor, and is of only irregular use today. Within the group of girl names directly related to Asia, Jane was the most popular in 2018. 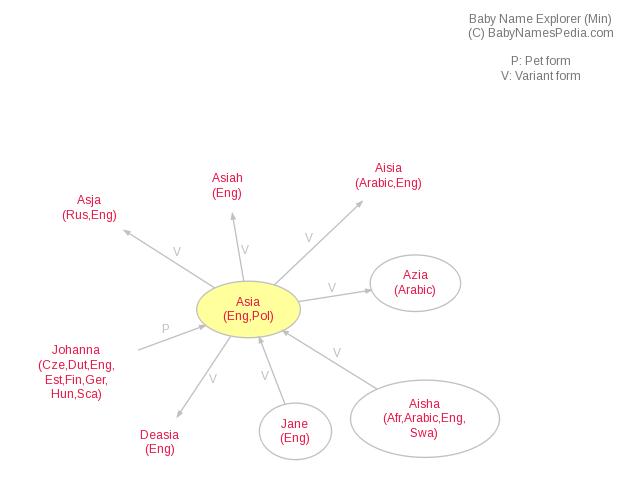