What does Astrid mean?

[ 2 syll. as-trid, ast-r-id ] The baby girl name Astrid is pronounced as AA-STRahD †. Astrid is largely used in Dutch, English, German, and Scandinavian, and its origin is Old Norse. Astrid is of the meaning divinely beautiful. A two-element name, it is derived from the elements 'áss' which means god, divinity ; 'fridr' peace, beautiful, fair. Astridr (Old Norse) and Astrithr (Old Norse) are original forms of the name. The name has been used by Norway's royal families for hundreds of years; bearers include the 11th-century Queen Astrid, wife of Saint Olaf of Norway, and Princess Astrid of Norway (1932-). Queen Astrid of Belgium (1905-35) also bore the name, and her popularity contributed to the adoption of the name among English speakers in the early 20th century.

Astrid is fairly popular as a baby name for girls, and it is also regarded as fairly trendy. The name's popularity has been growing since the 2010s. Its usage peaked recently in 2018 with 0.024% of baby girls being named Astrid. Its ranking then was #661. Among all girl names in its group, Astrid was the most widely used in 2018. 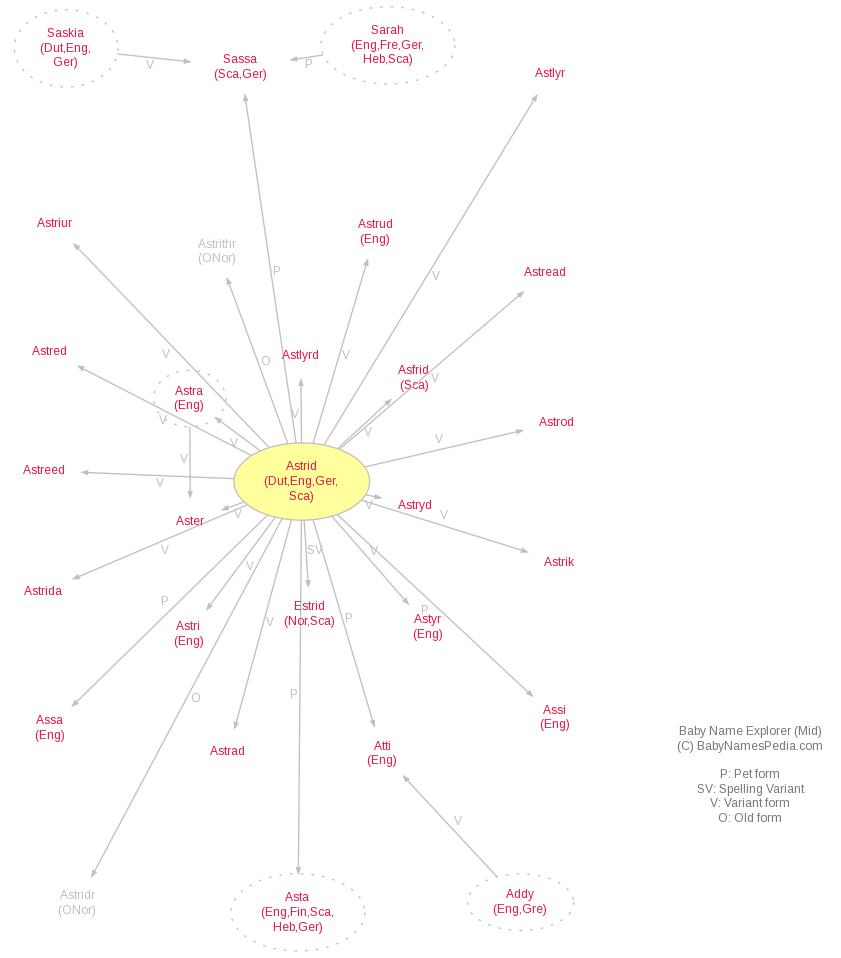