What does Atalanta mean?

[ 4 syll. a-ta-lan-ta, at-ala-nta ] The baby girl name Atalanta is pronounced as aeT-aa-LAENTaa †. Atalanta's language of origin is Old Greek, and it is used mainly in the English, Greek, and Spanish languages. The name is derived from the Greek atalantos, which is itself from talanton (meaning 'balance, scale'). In Greek mythology, Atalanta was a fast-footed huntress who would only marry a man who could beat her in a foot race. She was eventually defeated by Hippomenes who dropped three golden apples which she stopped to pick up. Her story was retold in Swinburne's drama Atalanta in Calydon (1865), and more recently, in the American record album Free to Be? You and Me (1972) released by ABC.

Lanty (pet form) is another variant of Atalanta.

Atalanta is rarely used as a baby name for girls. It is not listed in the top 1000 names.

Baby names that sound like Atalanta include Adelinde, Atalante, Atlanta, and Atlante. 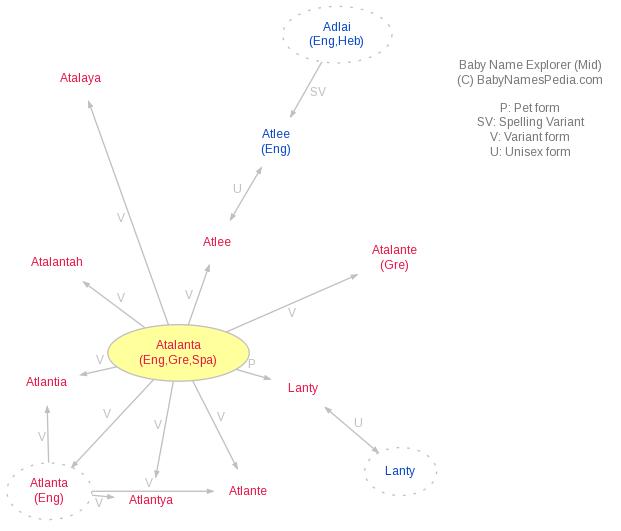