What does Athanasios mean?

[ syll. at-ha-na-sios, ath-anasi-os ] The baby boy name Athanasios is pronounced as AE-THAENEYSHiyowZ †. Athanasios is used predominantly in the Greek language and it is derived from Old Greek origins. The name's meaning is immortal. It is derived from the elements 'a' meaning un ; 'thanatos' death. Athanas (Old Greek), Athanasios (Old Greek), and Athanasius (Latin) are old forms of Athanasios. Due to the association of the meaning of the name with eternal life, it was popular among the early Christians. The name was borne by Saint Athanasius of Alexandria, an early 4th-century theologian traditionally regarded as a great leader of the Church. The name Athanasia (Greek) is the female version of Athanasios.

Athanasios is infrequently used as a baby name for boys. It is not listed in the top 1000 names. 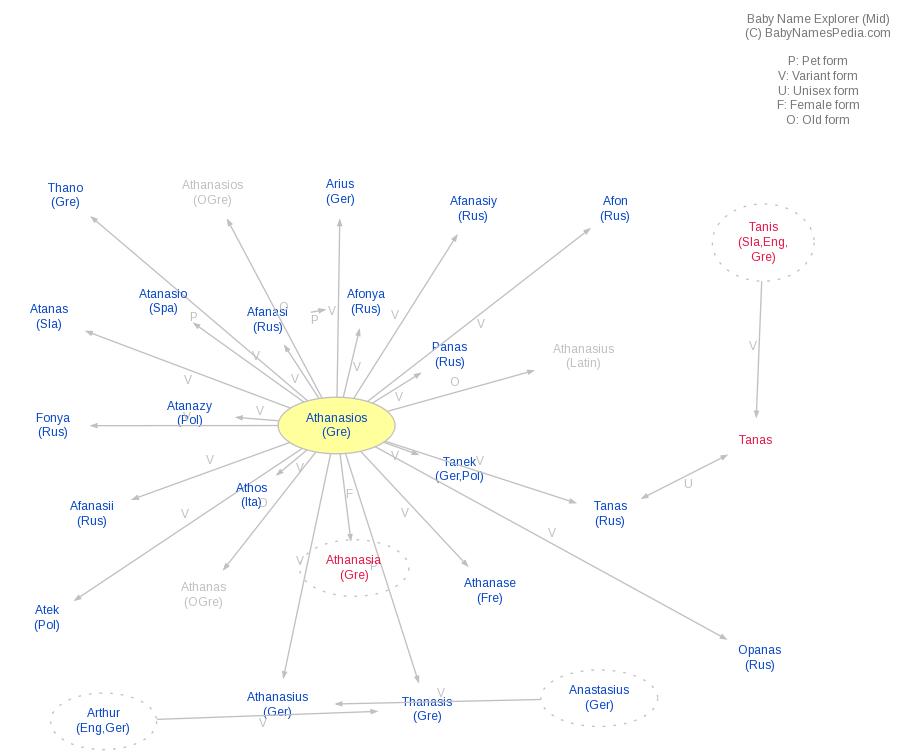