What does Athena mean?

[ 3 syll. at-he-na, ath-ena ] The baby girl name Athena is pronounced as aa-DHIY-Naa- †. Athena is primarily used in English, German, and Greek. It is of Old Greek origin. In Greek mythology, Athena was the favorite daughter of Zeus, and the goddess of war and wisdom. She was also known as the goddess of heroic endeavor, and her Roman equivalent was Minerva. The meaning of name is unknown; it could probably be traced back to Mycenaean roots.

Another form of the name is the Greek spelling variant Athina.

Athena is a popular baby girl name, and it is also regarded as trendy. The name has been rising in popularity since the 1950s. At the recent peak of its usage in 2018, 0.140% of baby girls were named Athena. It was #117 in rank then. Out of all girl names in its family, Athena was the most commonly used in 2018. 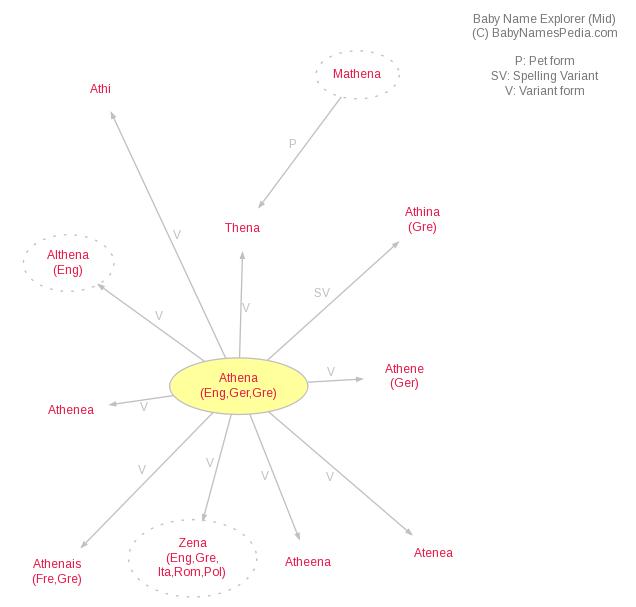