What does Attilio mean?

[ syll. at-ti-lio, att-il-io ] The baby boy name Attilio is pronounced as AET-IYLiyow †. Attilio is used predominantly in the Italian language, and it is derived from Gothic and Etrusk origins. The first name is derived from the Roman family name Attilius (Latin), which is ultimately of Etrusk origin. The name Attilio was adopted in Italy during the Renaissance in tribute to Marcus Attilius Regulus (250BC), the Roman general who fought in the First Punic War between Rome and Carthage.

In addition, Attilio is a variant of the name Attila (Hungarian).

The name Attilia (Italian) is the female version of Attilio.

The name Atilio (Spanish) and the name Atílio (Portuguese) are variants of Attilio.

Both the origin and meaning of Attilio is inherited by all variant forms.

Attilio is an uncommon baby name for boys. At the modest height of its usage in 1914, 0.006% of baby boys were given the name Attilio. It ranked at #836 then. The baby name has since experienced a loss in popularity, and is currently of irregular use. Within all boy names in its group, Attilio was nonetheless the most popular in 2018. 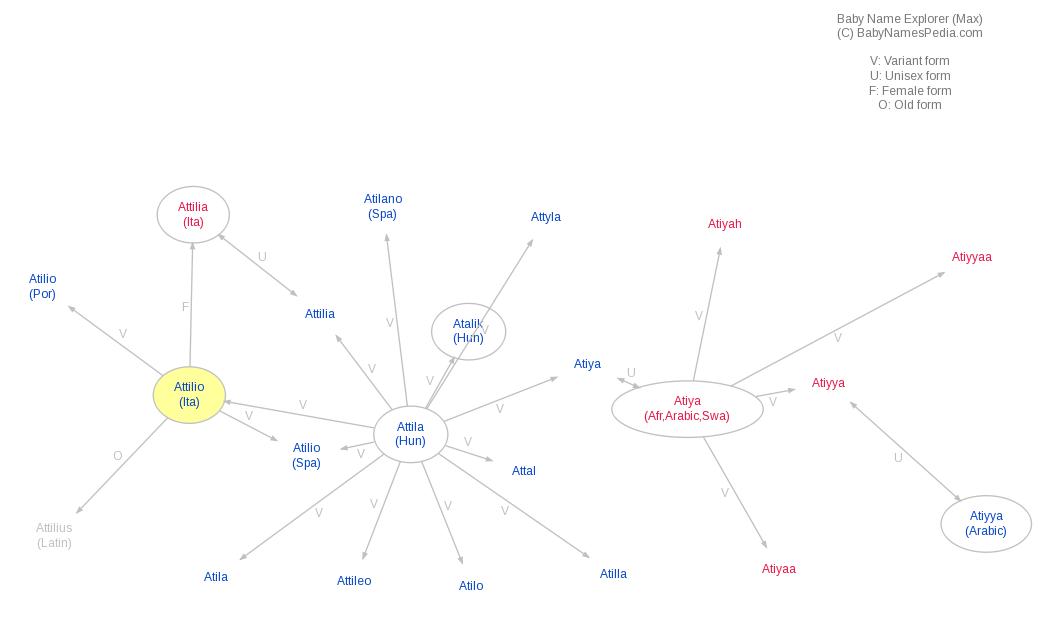