What does Augustina mean?

[ 4 syll. au-gus-ti-na, aug-ust-ina ] The baby girl name Augustina is pronounced as ao-GahSTIY-Naa- †. Augustina has its origins in the Latin language and it is used largely in German. The name Augustina means 'august, dignified, holy'. It is derived from the word augustus which is of the meaning 'to increase'. An original form of the name is Augustina (Latin). From the Roman nickname.

Augustina is a form of the English, German, and Italian Augusta.

Augustina is the feminine equivalent of the Irish and English Augustine.

Forms of Augustina include the Italian Agostina, the Spanish Agustina, and the French and German Augustine.

Augustina is unusual as a baby girl name. Its usage peaked in 1903 with 0.005% of baby girls being named Augustina. It had a ranking of #976 then. The baby name has slipped in popularity since then, and is used on a very modest scale now. Among all girl names in its family, Augustina was nevertheless the most widely used in 2018. 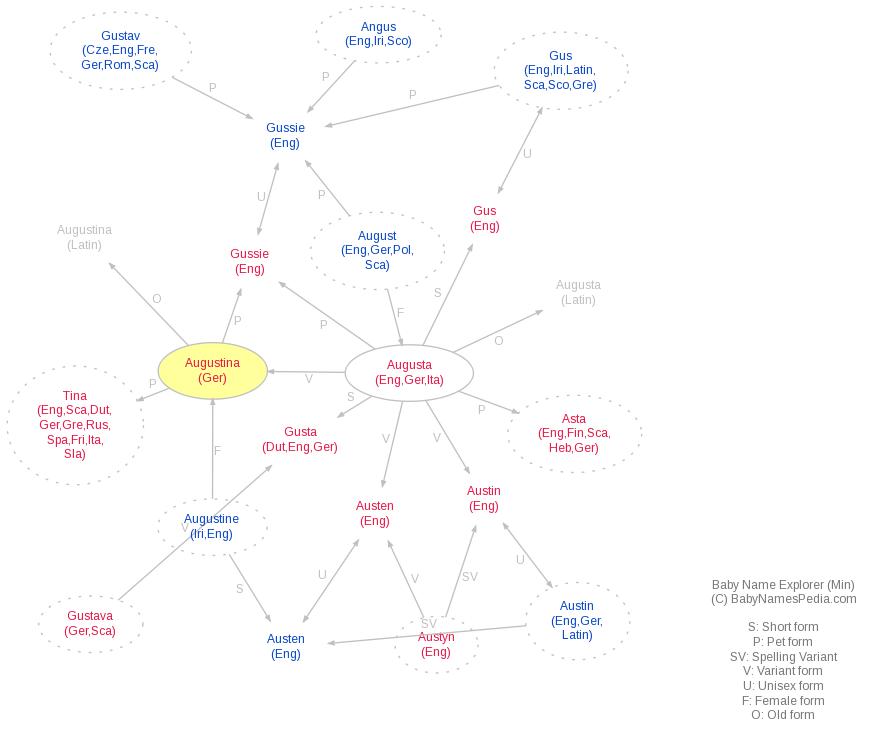