What does Aurelia mean?

[ 3 syll. au-re-lia, aur-el-ia ] The baby girl name Aurelia is also used as a boy name, though the use for girls is far more popular. It is pronounced aw-REHL-Yaa (Polish) †. Aurelia's language of origin is Latin. It is predominantly used in English, German, Italian, Polish, and Romanian. The meaning of Aurelia is 'golden-haired'. It is derived from aureus which means 'golden' ; aurum 'gold'. An old form of the name is Aurelia (Latin). The name was bestowed by the Roman Emperor Marcus Aurelius on his second daughter Annia Aurelia Galeria Lucilla (148-182). The given name has been adopted by English speakers since the 17th century. Aurelia is the feminine form of the English and German Aurelius.

What are the Variant Forms of Aurelia?

Forms used in foreign languages include the Italian Aureliana, the French and German Aurelie, the French Aurèle, the French Aurélie, and the French Orélie. The familiar forms Aranka (Hungarian), Areli (Spanish), and Arely (Spanish) are other foreign variants.

See also the related form, the English and Irish Orla.

Aurelia is a rather popular baby girl name, and it is also perceived as rather trendy. The name has been rising in popularity since the 2010s. At the modest peak of its usage in 2018, 0.024% of baby girls were named Aurelia. It was #653 in rank then. Out of all girl names in its family, Aurelia was the most popular in 2018. Aurelia was used 59% more than the next ranked name, Arely, in that year. In the last century Aurelia has primarily been a baby girl name. 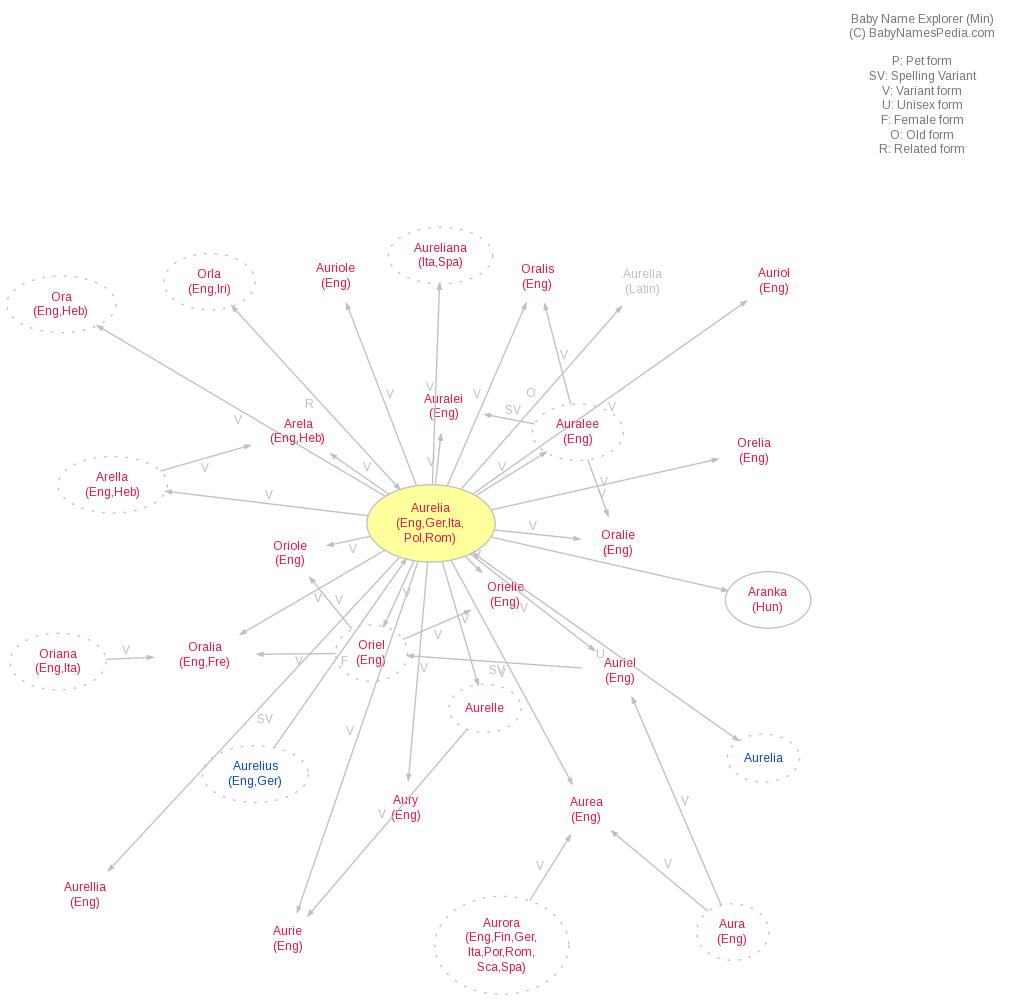