What does Aurelius mean?

[ 4 syll. au-re-liu(s), aur-eli-us ] The baby boy name Aurelius is pronounced as ao-REHL-iy-ahS- †. Aurelius is used chiefly in the English and German languages, and its origin is Latin. The name's meaning is golden-haired. It is derived from the elements 'aureus' meaning golden ; 'aurum' gold. Aurelius (Latin) is an older form of Aurelius. Marcus Aurelius (121-180) was a Roman Emperor and Stoic philosopher. The name was also borne by several early saints. The name Aurelia (English, German, Italian, Polish, and Romanian) is the female form of Aurelius.

The name Aurelius is used to a great extent; it has 22 variants that are used in English and other languages. Variants used in English include Aureliano, Aurelianus, Aurelien, Aurey, Aurélien, Auriel, and Aury. The short form Aurelio (used in Italian, Portuguese, and Spanish too) is another English variant.

Aurelius is rarely used as a baby name for boys. It is not listed in the top 1000 names. 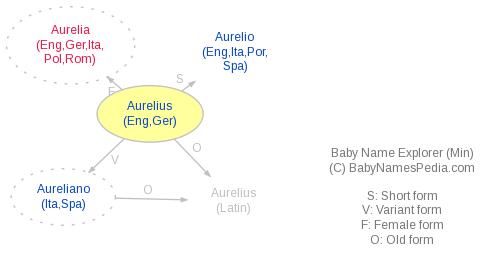