What does Austin mean?

[ 2 syll. au-(s)tin, aus-t-in ] The baby girl name Austin is also used as a boy name, with the latter form being far more popular. It is pronounced AO-ZTihN †. Austin has its origins in the Latin language and it is used largely in English.

Austin is a form of the English, German, and Italian Augusta.

Austin is also a spelling variant of the English Austyn.

Austin is uncommon as a baby girl name. At the modest height of its usage in 1994, 0.012% of baby girls were named Austin. It had a ranking of #860 then. The baby name has substantially slipped in popularity since then, and is used only on an infrequent scale now. In 2018, within the family of girl names directly related to Austin, Austyn was the most widely used. Austin has mainly been a boy name in the last century. There were 97 times more boys than girls who were named Austin in 1994. 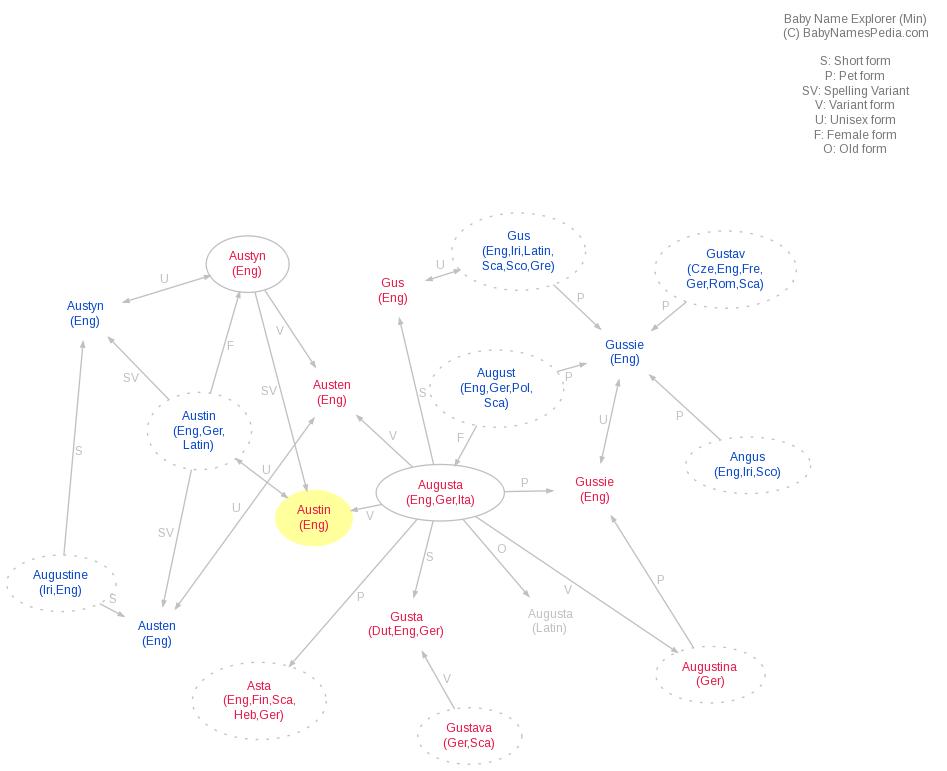