What does Averil mean?

[ 3 syll. a-ve-ril, av-er-il ] The baby girl name Averil is also used as a boy name. It is pronounced as EYVerihL †. Averil is of English, Old English, and French origin. It is used mainly in English. From Old English roots, its meaning is 'boar-like in battle'. The first name is is derived from the surname, which developed in the medieval period from Eoforhild (Old English) or Everild (Old English), of the elements eofor and hild (meaning 'battle, fight'). Its adoption has also been influenced by the English surname Everill, which is of the same origin. It could also have evolved as a form of Avril and thus April. The name was borne by a 7th-century English saint.

Averil is a form of the English April.

Averil is also a form of the English and French Avril.

Averil is not commonly used as a baby girl name. It is not in the top 1000 names. Among the family of girl names directly related to Averil, April was the most widely used in 2018. 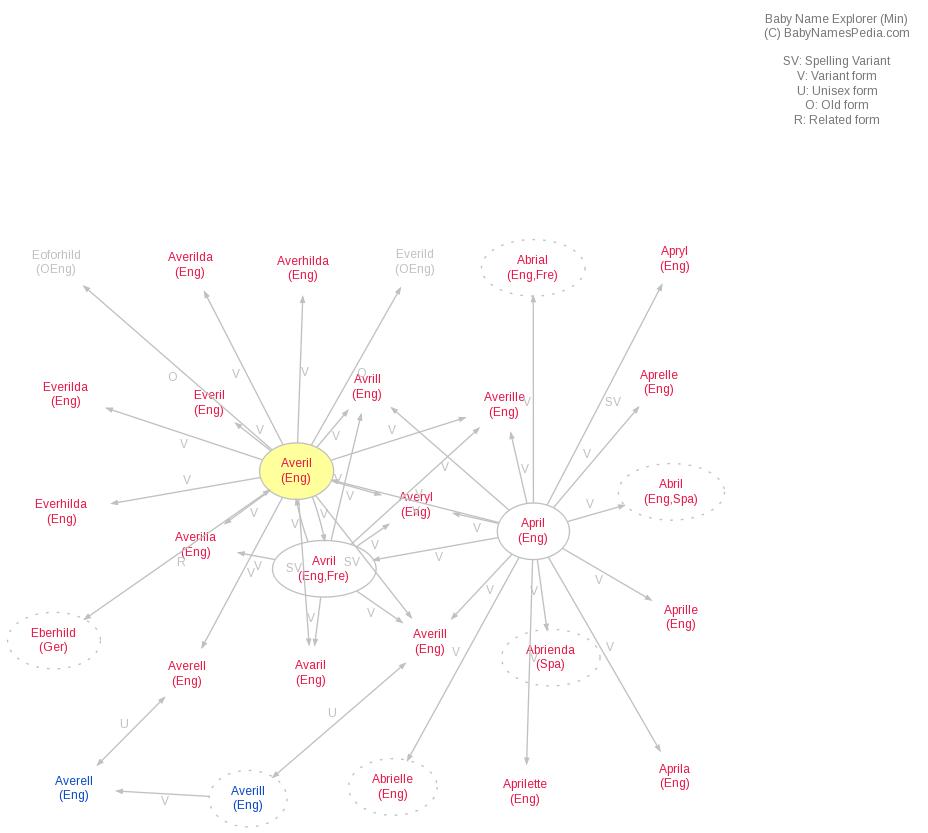