What does Avery mean?

[ 3 syll. a-ve-ry, av-ery ] The baby boy name Avery is also used as a girl name, and more frequently so. It is pronounced as EY-Vah-Riy- †. Avery is used predominantly in the English language, and it is derived from Germanic and Old French origins. From Old French roots, its meaning is inspired advice; old peace. The first name is derived from the surname, itself from the Norman pronunciation of Alfred. The 11th-century Norman French pronounced Alfred as Avery due to difficulties in enunciating English words with multiple consonants.

In addition, Avery is a variant of the name Aubrey (English and French).

Avery is popular as a baby name for boys, and it is also considered fairly trendy. The name's popularity has been growing since the 1940s. Its usage peaked modestly in 2014 with 0.112% of baby boys being given the name Avery. It ranked at #186 then. In 2018, its usage was 0.109% and its ranking #191, and it was the most popular among all boy names in its group. In 2018, 8 times more boys were named Avery than the subsequent ranked name, Alfred. Though Avery is more popular as a girl name today, there was a period before 1997 that it was given more often to boys. From 1998 on, increasingly more girls than boys were named Avery. In 2017, the name Avery was given to 4 times as many girls than boys. 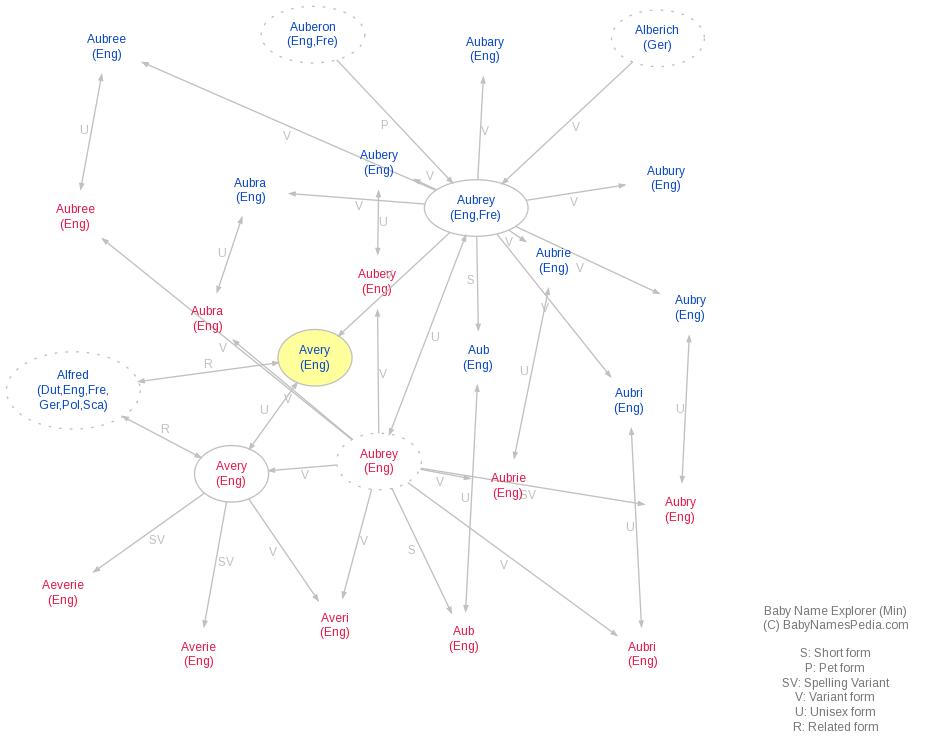