What does Avi mean?

[ 2 syll. a-vi, av-i ] The baby girl name Avi is also used as a boy name, with the latter form being far more popular. It is pronounced as aa-VIY- †. Avi's language of origin is Hebrew and Germanic. It is predominantly used in English and Hebrew. From Hebrew roots, its meaning is 'my Father, my God'.

In addition, Avi is a form of the English Avis.

Forms of Avi include the names Avea, Aveah, Avee, Avey, Avie, and Avy.

Avi is not often used as a baby girl name. It is not in the top 1000 names. In the last century Avi has primarily been a boy name. 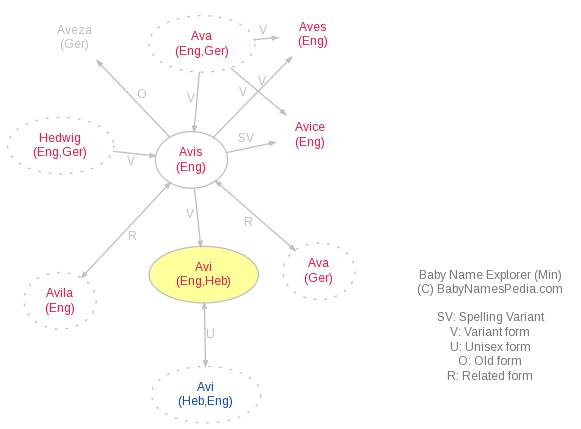