What does Avi mean?

[ 2 syll. a-vi, av-i ] The baby boy name Avi is also used as a girl name, but it is much more common for boys. Its pronunciation is aa-VIY- †. Avi is largely used in the Hebrew and English languages, and it is derived from Hebrew origins. The name is of the meaning my father.

Avi is also a Hebrew short form of the name Avraham (Hebrew and English).

Avi is somewhat popular as a baby name for boys. The name's popularity has been increasing since the 2010s; before that, it was of very light use only. At the modest height of its usage in 2018, 0.012% of baby boys were given the name Avi. Its ranking then was #925. Within all boy names in its group, Avi was the most widely used in 2018. Avi has in the past century been predominantly given to baby boys. 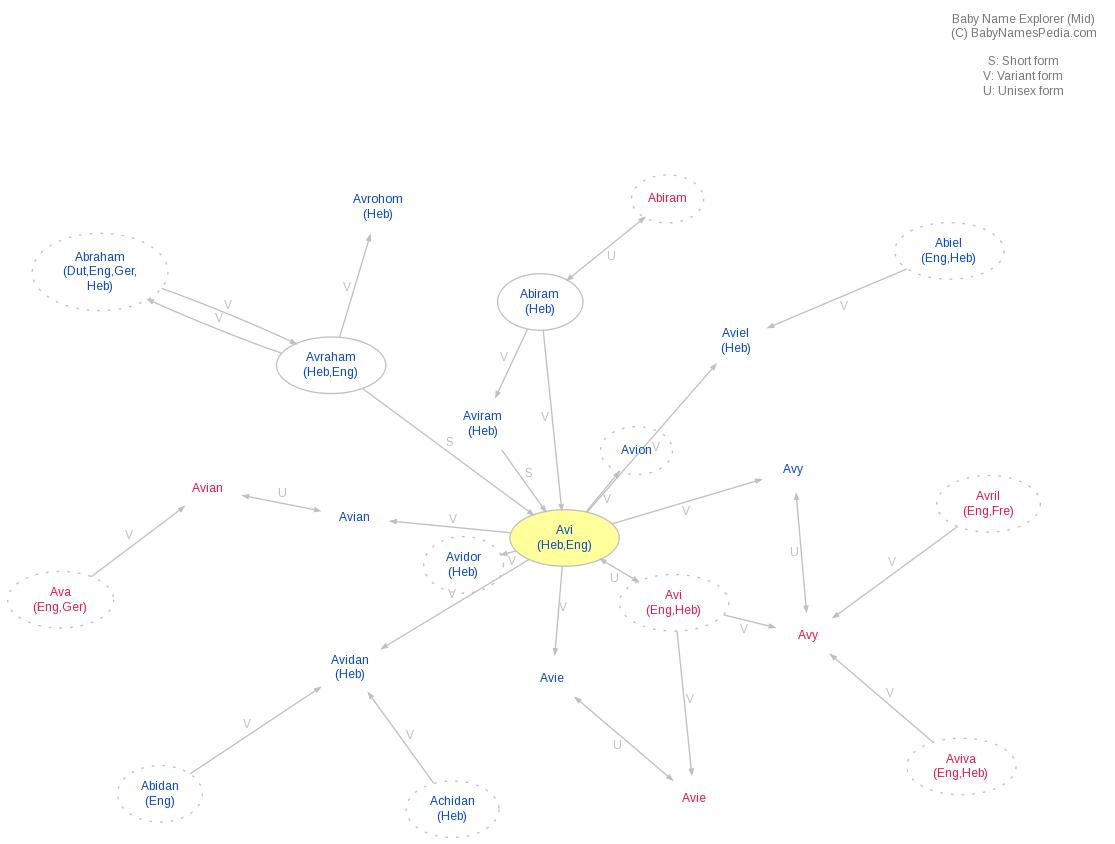