What does Aya mean?

[ 2 syll. a-ya, ay-a ] The baby girl name Aya is pronounced as AA-Yaa- †. Aya is largely used in the Hebrew and Japanese languages, and its origin is Japanese and English. From Japanese roots, its meaning is woven silk.

Aya is a variant transcription of the name Ayla (Hebrew, English, and Turkish).

Aya is a somewhat popular baby name for girls, and it is also considered fairly trendy. The name's popularity has been increasing since the 2010s. At the modest height of its usage in 2018, 0.020% of baby girls were given the name Aya. It ranked at #749 then. In 2018, within the group of girl names directly linked to Aya, Ayla was the most popular. It was used 4 times more than Aya in that year. 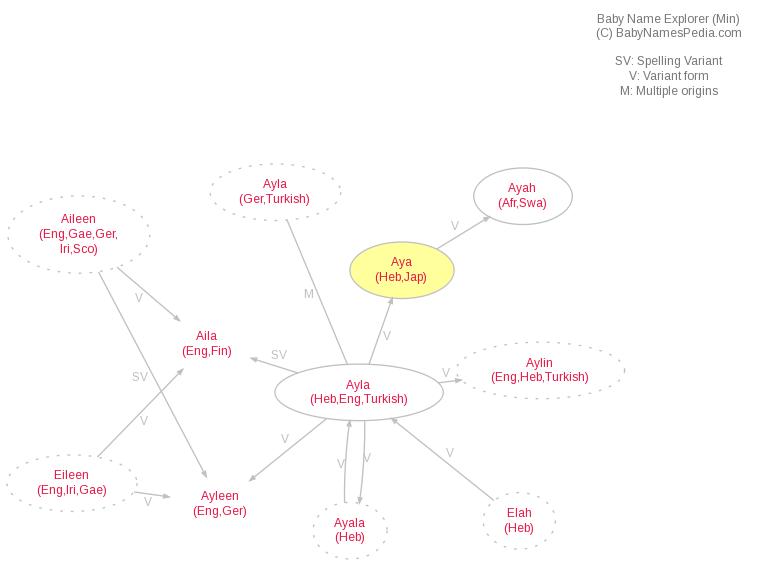